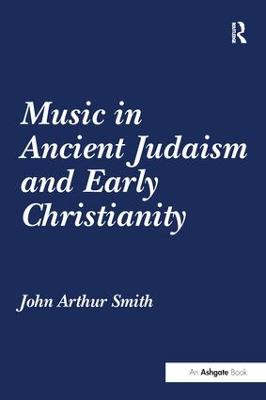 In Music in Ancient Judaism and Early Christianity, John Arthur Smith presents the first full-length study of music among the ancient Israelites, the ancient Jews and the early Christians in the Mediterranean lands during the period from 1000 BCE to 400 CE. He considers the physical, religious and social setting of the music, and how the music was performed. The extent to which early Christian music may have retained elements of the musical tradition of Judaism is also considered. After reviewing the subject's historical setting, and describing the main sources, the author discusses music at the Jerusalem Temple and in a variety of spheres of Jewish life away from it. His subsequent discussion of early Christian music covers music in private devotion, monasticism, the Eucharist, and gnostic literature. He concludes with an examination of the question of the relationship between Jewish and early Christian music, and a consideration of the musical environments that are likely to have influenced the formation of the earliest Christian chant. The scant remains of notated music from the period are discussed and placed in their respective contexts. The numerous sources that are the foundation of the book are evaluated objectively and critically in the light of modern scholarship. Due attention is given to where their limitations lie, and to what they cannot tell us as well as to what they can. The book serves as a reliable introduction as well as being an invaluable guide through one of the most complex periods of music history. 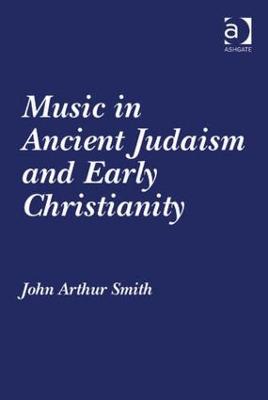 » Have you read this book? We'd like to know what you think about it - write a review about Music in Ancient Judaism and Early Christianity book by John Arthur Smith and you'll earn 50c in Boomerang Bucks loyalty dollars (you must be a Boomerang Books Account Holder - it's free to sign up and there are great benefits!)


A Preview for this title is currently not available.
More Books By John Arthur Smith
View All