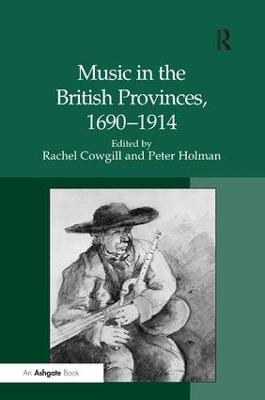 Description - Music in the British Provinces, 1690-1914 by Peter Holman

The period covered by this volume, roughly from Purcell to Elgar, has traditionally been seen as a dark age in British musical history. Much has been done recently to revise this view, though research still tends to focus on London as the commercial and cultural hub of the British Isles. It is becoming increasingly clear, however, that by the mid-eighteenth century musical activity outside London was highly distinctive in terms of its reach, the way it was organized, and its size, richness, and quality. There was an extraordinary amount of musical activity of all sorts, in provincial theatres and halls, in the amateur orchestras and choirs that developed in most towns of any size, in taverns, and convivial clubs, in parish churches and dissenting chapels, and, of course, in the home. This is the first book to concentrate specifically on musical life in the provinces, bringing together new archival research and offering a fresh perspective on British music of the period. The essays brought together here testify to the vital role played by music in provincial culture, not only in socializing and networking, but in regional economies and rivalries, demographics and class dynamics, religion and identity, education and recreation, and community and the formation of tradition. Most important, perhaps, as our focus shifts from London to the regions, new light is shed on neglected figures and forgotten repertoires, all of them worthy of reconsideration.

Other Editions - Music in the British Provinces, 1690-1914 by Peter Holman 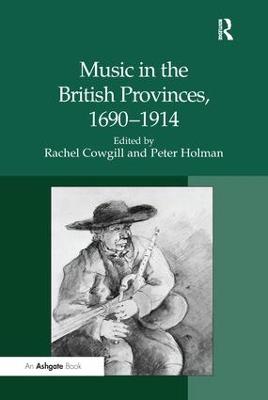 » Have you read this book? We'd like to know what you think about it - write a review about Music in the British Provinces, 1690-1914 book by Peter Holman and you'll earn 50c in Boomerang Bucks loyalty dollars (you must be a Boomerang Books Account Holder - it's free to sign up and there are great benefits!)


A Preview for this title is currently not available.
More Books By Peter Holman
View All