Music in the Medieval West

Description - Music in the Medieval West by Margot Fassler

Medieval music in its cultural, social, and intellectual contexts.
Margot Fassler's Music in the Medieval West imaginatively
reconstructs the repertoire of the Middle Ages by drawing on a wide
range of sources. In addition to highlighting the ceremonial and
dramatic functions of medieval music (both sacred and secular), she
pays special attention to the exchange of musical ideas, the
development of musical notation and other methods of transmission,
and the role of women in musical culture.
Western Music in Context: A Norton History comprises six
volumes of moderate length, each written in an engaging style by a
recognized expert. Authoritative and current, the series examines
music in the broadest sense?as sounds notated, performed, and
heard?focusing not only on composers and works, but also on
broader social and intellectual currents.

Other Editions - Music in the Medieval West by Margot Fassler 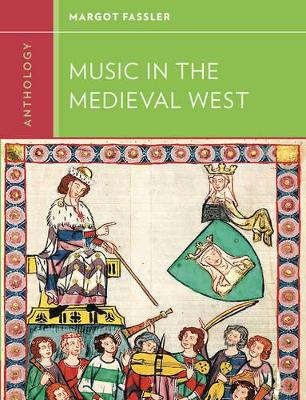 Book Reviews - Music in the Medieval West by Margot Fassler

» Have you read this book? We'd like to know what you think about it - write a review about Music in the Medieval West book by Margot Fassler and you'll earn 50c in Boomerang Bucks loyalty dollars (you must be a Boomerang Books Account Holder - it's free to sign up and there are great benefits!)

Margot Fassler is Keough-Hesburgh Professor of Music History and Liturgy at the University of Notre Dame. Her works include The Virgin of Chartres: Making History through Liturgy and the Arts, Gothic Song: Victorine Sequences and Augustinian Reform in Twelfth-Century Paris, and a series of films on sacred music. Fassler is a member of the American Academy of Arts and Letters; her awards include a Guggenheim Fellowship and the American Musicological Society's Otto Kinkeldey Prize. Walter Frisch is H. Harold Gumm/Harry and Albert von Tilzer Professor of Music at Columbia University. He is the author of numerous books and articles, including Brahms: The Four Symphonies, The Early Works of Arnold Schoenberg 1903-1908, and German Modernism: Music and the Arts. He is the recipient of two ASCAP-Deems Taylor Awards and fellowships from the National Endowment for the Humanities, the Alexander von Humboldt Foundation, and the Center for Scholars and Writers at the New York Public Library.

A Preview for this title is currently not available.
More Books By Margot Fassler
View All