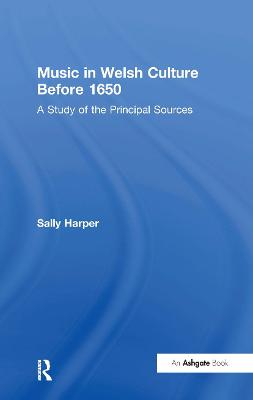 Music in Welsh Culture Before 1650

A Study of the Principal Sources

Description - Music in Welsh Culture Before 1650 by Sally Harper

Music in Wales has long been a neglected area. Scholars have been deterred both by the need for a knowledge of the Welsh language, and by the fact that an oral tradition in Wales persisted far later than in other parts of Britain, resulting in a limited number of sources with conventional notation. Sally Harper provides the first serious study of Welsh music before 1650 and draws on a wide range of sources in Welsh, Latin and English to illuminate early musical practice. This book challenges and refutes two widely held assumptions - that music in Wales before 1650 is impoverished and elusive, and that the extant sources are too obscure and fragmentary to warrant serious study. Harper demonstrates that there is a far wider body of source material than is generally realized, comprising liturgical manuscripts, archival materials, chronicles and retrospective histories, inventories of pieces and players, vernacular poetry and treatises. This book examines three principal areas: the unique tradition of cerdd dant (literally 'the music of the string') for harp and crwth; the Latin liturgy in Wales and its embellishment, and 'Anglicised' sacred and secular materials from c.1580, which show Welsh music mirroring English practice. Taken together, the primary material presented in this book bears witness to a flourishing and distinctive musical tradition of considerable cultural significance, aspects of which have an important impact on wider musical practice beyond Wales.

Other Editions - Music in Welsh Culture Before 1650 by Sally Harper 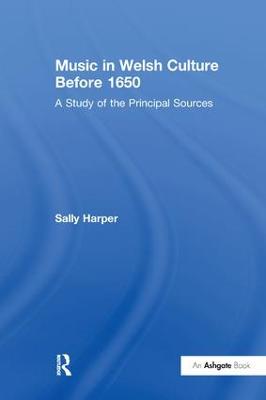 Book Reviews - Music in Welsh Culture Before 1650 by Sally Harper

» Have you read this book? We'd like to know what you think about it - write a review about Music in Welsh Culture Before 1650 book by Sally Harper and you'll earn 50c in Boomerang Bucks loyalty dollars (you must be a Boomerang Books Account Holder - it's free to sign up and there are great benefits!)

Sally Harper is a senior lecturer and Director of Postgraduate Studies in the School of Music, University of Wales, Bangor, where she also directs the Centre for Advanced Welsh Music Studies and edits the bilingual journal Welsh Music History / Hanes Cerddoriaeth Cymru. Brought up in the West Midlands, she moved to Anglesey in 1991, and now speaks Welsh fluently. She has written widely on music and culture in medieval and early modern Wales, although her first book was a study of Benedictine medieval liturgy, and she continues to work in this field. She also has interests in the music of the contemporary church.

A Preview for this title is currently not available.
More Books By Sally Harper
View All

Late Medieval Liturgies Enacted: The Experience of Worship in Cathedral and Parish Church
$73.25 $73.99