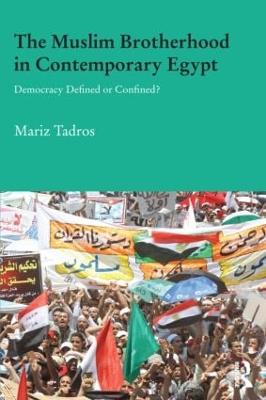 The Muslim Brotherhood in Contemporary Egypt

Description - The Muslim Brotherhood in Contemporary Egypt by Mariz Tadros

The Muslim Brotherhood, founded in Egypt in 1928, has become the world's largest, most influential Islamist group. After eight decades surviving as a populist religious movement, banned from political participation in many Arab countries, in recent years it has moved towards becoming a political party and announced a party platform. This book examines this transition, exploring the relationship between party and movement, and describing leadership and power struggles within the ranks of the hierarchy and the revision of its ideology. It considers the active role the Muslim Brotherhood has played in Egyptian political life, and throughout the Middle East and Arab world, including in Jordan, Palestine, Morocco and Yemen. It analyses the Muslim Brotherhood's position on key issues such as gender, religious minorities, and political plurality, and critically analyses whether claims that the Brotherhood has abandoned extremism and should be engaged with as a moderate political force can be substantiated.
Overall, it considers whether the Muslim Brotherhood has truly transformed, or has simply reframed itself, and to what extent this development has the potential to transform politics in the Middle East.

Other Editions - The Muslim Brotherhood in Contemporary Egypt by Mariz Tadros » Have you read this book? We'd like to know what you think about it - write a review about Muslim Brotherhood in Contemporary Egypt book by Mariz Tadros and you'll earn 50c in Boomerang Bucks loyalty dollars (you must be a Boomerang Books Account Holder - it's free to sign up and there are great benefits!)

Mariz Tadros is assistant professor of political science at the American University in Cairo. She earned her doctorate from the International Development Centre, Queen Elizabeth House, St Cross College at the University of Oxford. She was a journalist for Al-Ahram Weekly newspaper for almost ten years covering human rights, women rights, civil society organizations and activism, poverty and a plethora of development-related topics. She has worked as a consultant for both local and international NGOs. Akram Habib is a veteran NGO specialist in Egypt and the Middle East. He has over 20 years working in the NGO sector and among social and religious movements on a variety of issues ranging from community participation and development, microenterprises and employment generation, poverty alleviation, advocacy and campaigning and governance. He has served as an international consultant for leading institutions such as the World Bank and the UNDP regionally, undertaking assignments in Yemen, Oman, Bahrain, Jordan and Syria.

A Preview for this title is currently not available.
More Books By Mariz Tadros
View All