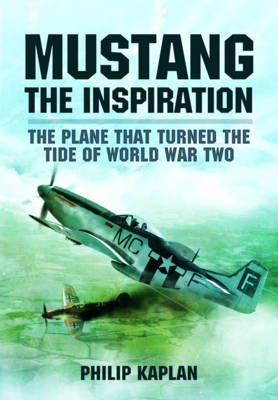 The Plane That Turned the Tide in World War Two

If it looks right, it will probably fly right a tired old saying among airmen, but one that persists. Think if you will of the handful of aeroplanes that most people would probably agree are the best-looking examples of all. The list is short but distinguished and the proof is in the enthusiastic common view of most pilots who have flown them for nearly all, it was love at first sight and first flight. For most that little list includes the Vickers-Supermarine Spitfire, the Douglas DC-3, the Hawker Hunter, the Lockheed Constellation, the Concord, and the North American Mustang. Of these, the Spitfire and Mustang stand out and remain extra special to the majority of pilots who have been privileged to fly them. One common thread exists among those who have experienced both of these fine machines; an opinion that seems to hold up even after a lifetime of flying the best the aviation design community has created. "While the Spitfire may have a slight edge in light-touch handling, if I have to go to war in one type, I'll take the Mustang every time." This comprehensive account of the Mustang aircraft charts the operational history of the craft and also relays the personal stories and experiences of the men who flew the 'Cadillac of the skies' as it has been described. A vivid and enthralling history set to appeal to aviation enthusiasts looking for more than just a mere operational history of the Mustang's exploits. ILLUSTRATIONS: 16 pp b/w plates

» Have you read this book? We'd like to know what you think about it - write a review about Mustang the Inspiration book by Philip Kaplan and you'll earn 50c in Boomerang Bucks loyalty dollars (you must be a Boomerang Books Account Holder - it's free to sign up and there are great benefits!)

Philip Kaplan has written several books on the lives of fighting men in World War II. Five of these, The Few, Little Friends, Round the Clock, Fighter Pilot and Bombers, were devoted to the experiences of aircrew. He has also written two classic accounts of warfare at sea, Wolfpack and Convoy, plus the recently published, He is of American birth but lives in Cheltenham, UK.