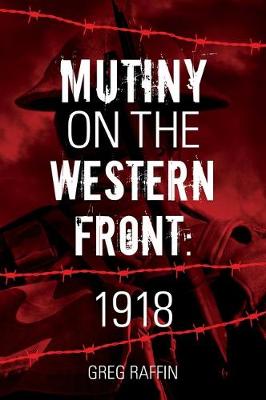 On 21 September 1918, with retreating German forces on their last legs, the 1st Battalion of the AIF was ordered to return to the front just as they were being relieved and preparing for a well-earnt rest. It wasn't just the Germans who were on their last legs; the Australians were depleted and exhausted. In what was the largest such instance of mass 'combat refusal' in the AIF's history, the men of one company in the 1st Battalion defied the order. The 'mutiny' spread to other companies, and when the battalion did eventually comply with the order, over 100 men were absent. The circumstances surrounding this mutiny have long been a matter of embarrassment for the AIF, and of fascination for military historians. While historians have approached the issue in purely military terms - the men as soldiers, over-extended service, rates of wounding, promotions, and so on - this book approaches these 100 plus men as human beings. Mutiny on the Western Front traces how these events played out in the context of the exhausting demands placed upon a unit that had seen practically continuous front-line action for weeks, if not months, in the war's final, decisive stages. Author Greg Raffin considers what happens to men's hearts and minds in the course of a prolonged conflict like the Great War. This story, which will surprise readers - is not just about a group of exhausted and war weary Australian soldiers in 1918, it is a story about humanity in war: about what men do in war, and what war does to men.

» Have you read this book? We'd like to know what you think about it - write a review about Mutiny On The Western Front: Shamed Anzacs book by Greg Raffin and you'll earn 50c in Boomerang Bucks loyalty dollars (you must be a Boomerang Books Account Holder - it's free to sign up and there are great benefits!)


A Preview for this title is currently not available.
More Books By Greg Raffin
View All