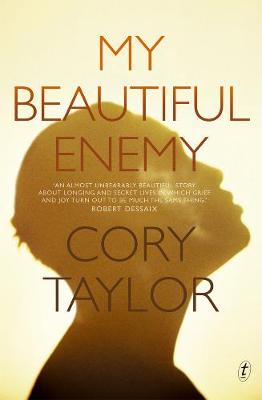 I was blinded by his beauty. In the one or two photographs I've kept of him I can still see it. He stares out of them almost miserably, as if his loveliness is an affliction. Not that I saw it that way, at least not in the beginning. In the beginning I thought it was a kind of miracle. Arthur Wheeler is haunted by his infatuation with a Japanese youth he encountered in the enemy alien camp where he worked as a guard during WW2. Abandoning his wife and baby son, Arthur sets out on a doomed mission to rescue his lover from forced deportation back to Japan, a country in ruins. Thus begins the secret history of a soldier at war with his own sexuality and dangerously at odds with the racism that underpins the crumbling British Empire. Four decades later Arthur is still obsessed with the traumatic events of his youth. He proposes a last reunion with his lost lover, in the hope of laying his ghosts to rest, but this mission too seems doomed to failure. Like 'Merry Christmas Mr Lawrence' and Snow Falling On Cedars, My Beautiful Enemy explores questions of desire and redemption against the background of a savage racial war. In this context, Arthur's private battles against his own nature, and against the conventions of his time, can only end in heartache.

» Have you read this book? We'd like to know what you think about it - write a review about My Beautiful Enemy book by Cory Taylor and you'll earn 50c in Boomerang Bucks loyalty dollars (you must be a Boomerang Books Account Holder - it's free to sign up and there are great benefits!)

My Beautiful Enemy is the second novel by Australian author, Cory Taylor. The story is narrated by Arthur Wheeler who was, in 1945, a seventeen-year-old Army guard at Tatura, an Internment camp for Japanese in Victoria. There he met Stanley Ueno, a fifteen-year-old detainee, and “…..my heart had effectively melted inside me.” What follows, in prose that is often achingly beautiful, is Arthur’s recollection of the overwhelming effect this love/infatuation/obsession had on his life. Arthur’s internal conflict between his sexuality and his upbringing is superbly rendered. Taylor effectively conveys the xenophobic and homophobic attitudes that prevailed at the time and will have the reader thinking about the rationale of internment camps and the experience of the detainees themselves. Taylor’s descriptive prose is occasionally breathtaking: “….people milling about in the station. I envied them. They all had trains to catch and places to be while I sat marooned, my mother beside me, the past threatening to eviscerate the two of us in its huge maw.” But ultimately, this story is full of emotion and feeling: most readers will come to the end with a lump in the throat and an ache in the heart. Beautifully crafted, indescribably sad.

Cory Taylor was born in Queensland in 1955. She was an award-winning novelist and screenwriter who also published short fiction and children's books. Her first novel, Me and Mr Booker, won the Commonwealth Writers' Prize (Pacific Region) in 2012 and her second novel, My Beautiful Enemy, was shortlisted for the Miles Franklin Award in 2014. She died on 5 July 2016, just months after Dying: A Memoir was published.