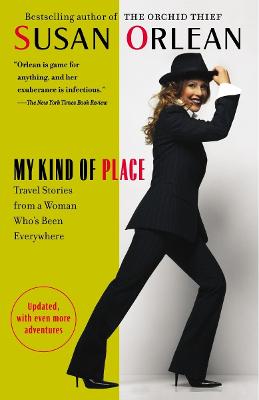 My Kind Of Place

Description - My Kind Of Place by Susan Orlean

New Yorker writer and author of The Library Book takes readers on a series of remarkable journeys in this uniquely witty, sophisticated, and far-flung travel book.

In this irresistible collection of adventures far and near, Orlean conducts a tour of the world via its subcultures, from the heart of the African music scene in Paris to the World Taxidermy Championships in Springfield, Illinois--and even into her own apartment, where she imagines a very famous houseguest taking advantage of her hospitality.

With Orlean as guide, lucky readers partake in all manner of armchair activity. They will climb Mt. Fuji and experience a hike most intrepid Japanese have never attempted; play ball with Cuba's Little Leaguers, promising young athletes born in a country where baseball and politics are inextricably intertwined; trawl Icelandic waters with Keiko, everyone's favorite whale as he tries to make it on his own; stay awhile in Midland, Texas, hometown of George W. Bush, a place where oil time is the only time that matters; explore the halls of a New York City school so troubled it's known as "Horror High"; and stalk caged tigers in Jackson, New Jersey, a suburban town with one of the highest concentrations of tigers per square mile anywhere in the world.

Vivid, humorous, unconventional, and incomparably entertaining, Susan Orlean's writings for The New Yorker have delighted readers for over a decade. My Kind of Place is an inimitable treat by one of America's premier literary journalists.

Book Reviews - My Kind Of Place by Susan Orlean

» Have you read this book? We'd like to know what you think about it - write a review about My Kind Of Place book by Susan Orlean and you'll earn 50c in Boomerang Bucks loyalty dollars (you must be a Boomerang Books Account Holder - it's free to sign up and there are great benefits!)

Susan Orlean has been a staff writer for The New Yorker since 1992 and has also written for Outside, Esquire, Rolling Stone, and Vogue. She graduated from the University of Michigan and was a Nieman Fellow at Harvard University. She now lives in Los Angeles and upstate New York with her husband and son. 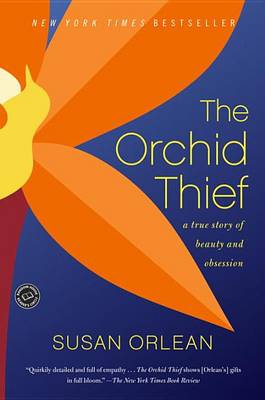 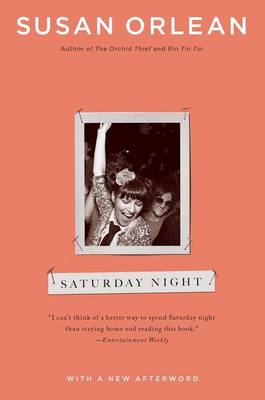