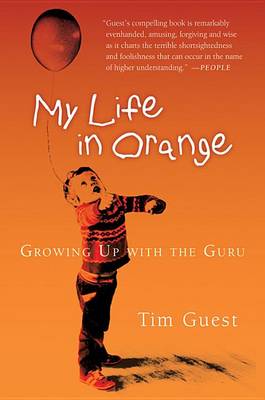 My Life in Orange

Growing Up with the Guru

Description - My Life in Orange by Tim Guest

At the age of six, Tim Guest was taken by his mother to a commune modeled on the teachings of the notorious Indian guru Bhagwan Shree Rajneesh. The Bhagwan preached an eclectic doctrine of Eastern mysticism, chaotic therapy, and sexual freedom, and enjoyed inhaling laughing gas, preaching from a dentist's chair, and collecting Rolls Royces. Tim and his mother were given Sanskrit names, dressed entirely in orange, and encouraged to surrender themselves into their new family. While his mother worked tirelessly for the cause, Tim-or Yogesh, as he was now called-lived a life of well-meaning but woefully misguided neglect in various communes in England, Oregon, India, and Germany. In 1985 the movement collapsed amid allegations of mass poisonings, attempted murder, and tax evasion, and Yogesh was once again Tim. In this extraordinary memoir, Tim Guest chronicles the heartbreaking experience of being left alone on earth while his mother hunted heaven.

Other Editions - My Life in Orange by Tim Guest 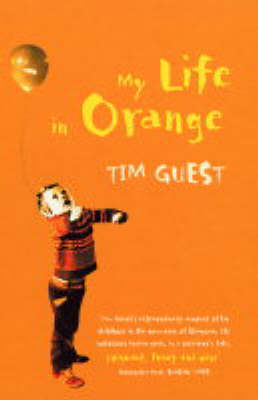 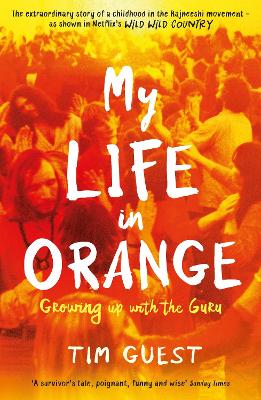 Book Reviews - My Life in Orange by Tim Guest

» Have you read this book? We'd like to know what you think about it - write a review about My Life in Orange book by Tim Guest and you'll earn 50c in Boomerang Bucks loyalty dollars (you must be a Boomerang Books Account Holder - it's free to sign up and there are great benefits!)


A Preview for this title is currently not available.
More Books By Tim Guest
View All