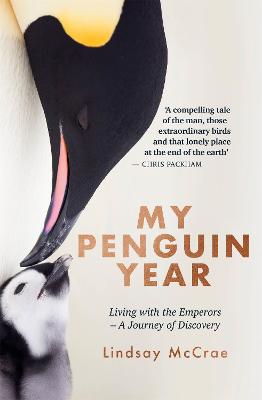 My Penguin Year: Living with the Emperors - A Journey of Discovery

Description - My Penguin Year: Living with the Emperors - A Journey of Discovery by Lindsay McCrae

BBC DYNASTIES CAMERAMAN'S ENTHRALLING STORY OF EMPEROR PENGUIN LIFE'Part adventure story, part evocation of the last untouched place on Earth, this is mesmerising.' Daily Mail - Books of the Year Chris Packham says:'A dramatic saga forged by passion, honesty and a rare skill as a naturalist and film-maker. Twelve men have walked on the moon. But how many have spent an entire season with the Emperors in Antarctica? Maybe more, likely less. Lindsay McCrae has - and this is his wonderful and frank story. There are lines of penguins and blizzards, but there's also the emotional turmoil of being separated from his home, his new wife and his unborn child. All his musings and observations combine to produce a compelling tale of the man, those extraordinary birds and that lonely place at the end of the earth. So turn off the heating, put on your gloves and head deep south into a frozen land of dreams and nightmares, all played out in the world of beautiful Emperors''[This] remarkable memoir is rich in the technological and logistical challenges of filming in extreme conditions. But most gripping are his fine-tuned observations of these beautiful metre-high birds, which must survive and raise their young in temperatures as low as -60? C' - NatureWhen the BBC asked BAFTA-winning cameraman Lindsay McCrae to go to Antarctica to film emperor penguins he was thrilled. After discussing it with his wife Becky they agreed that, although it would mean him being away for 11 months, he should do it. But then she became pregnant and it seemed like the worst idea in the world - not just to miss the birth of his first child, but the first 7 months of his life. Weeks of anguished discussions followed before they decided he should go because it was his dream project and the chance might never come again. My Penguin Year recounts Lindsay's adventure to the end of the Earth, filming the most resilient creatures in nature, while coping with being over 15,000km away from Becky and all the comforts of home - something which almost proved too much. Out of that experience he has written an unprecedented portrait of Antarctica's most extraordinary residents, the emperor penguins. They march up to 100 miles over solid ice to reach their breeding grounds. They choose to breed in the depths of the worst winter on the planet; and in an unusual role reversal, the males incubate the eggs, fasting for over 100 days to ensure they introduce their chicks safely into their new frozen world. And they are uniquely vulnerable to the unprecedented melting of the polar ice cap. In weaving their story with his e

Buy My Penguin Year: Living with the Emperors - A Journey of Discovery by Lindsay McCrae from Australia's Online Independent Bookstore, Boomerang Books.

Other Editions - My Penguin Year: Living with the Emperors - A Journey of Discovery by Lindsay McCrae 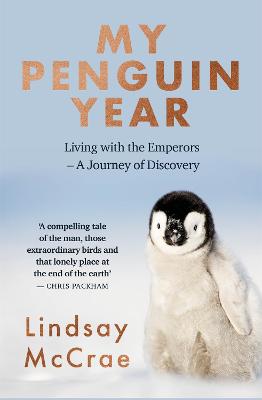 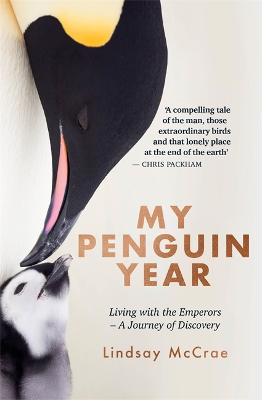 Book Reviews - My Penguin Year: Living with the Emperors - A Journey of Discovery by Lindsay McCrae

» Have you read this book? We'd like to know what you think about it - write a review about My Penguin Year: Living with the Emperors - A Journey of Discovery book by Lindsay McCrae and you'll earn 50c in Boomerang Bucks loyalty dollars (you must be a Boomerang Books Account Holder - it's free to sign up and there are great benefits!)


A Preview for this title is currently not available.
More Books By Lindsay McCrae
View All