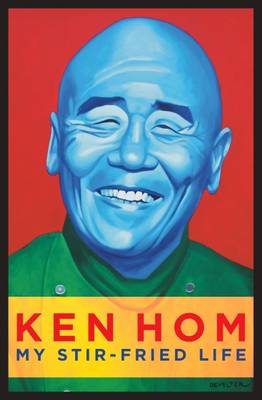 This is the fascinating story of how food transformed the life of a boy brought up in poverty in Chicago's Chinatown but who went on to become one of the world's greatest authorities on Chinese and Asian food.

Aged just eight months when his father died, Hom was raised by his mother in an atmosphere of abject poverty. Food was his escape; it was a passion and solitary comfort, and it was a way of earning money - as an 11-year-old schoolboy, Ken worked in the kitchen of his uncle's Chinese restaurant, where he developed an interest in cooking. From obscure beginnings, Hom went on to become one of the most celebrated TV chefs of all time, not only transforming his own life, but also changing the British perception of Asian food. This is the story of that improbable journey. My Stir-Fried Life is the epicurean's epic, a gastronomic narrative that lifts the spirits, tantalises the taste buds and feeds the soul of anyone and everyone who loves food, from the keen novice to the accomplished connoisseur.

» Have you read this book? We'd like to know what you think about it - write a review about My Stir-fried Life book by Ken Hom and you'll earn 50c in Boomerang Bucks loyalty dollars (you must be a Boomerang Books Account Holder - it's free to sign up and there are great benefits!)

Ken Hom OBE is a presenter, author, cook and restaurateur. His first book, Chinese Technique, was published in America in 1981. He has since written a further thirty-seven books, including, most recently, The Complete Chinese Cookbook and (with Ching-He Huang) Exploring China: A Culinary Adventure. The Ken Hom wok has a place in one in seven British kitchens.