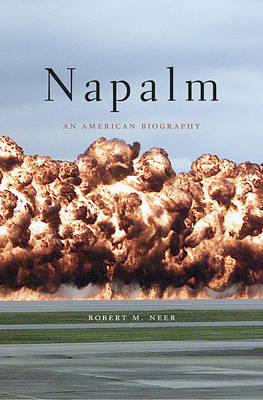 Napalm, incendiary gel that sticks to skin and burns to the bone, came into the world on Valentine's Day 1942 at a secret Harvard war research laboratory. On March 9, 1945, it created an inferno that killed over 87,500 people in Tokyo--more than died in the atomic explosions at Hiroshima or Nagasaki. It went on to incinerate sixty-four of Japan's largest cities. The Bomb got the press, but napalm did the work. After World War II, the incendiary held the line against communism in Greece and Korea--Napalm Day led the 1950 counter-attack from Inchon--and fought elsewhere under many flags. Americans generally applauded, until the Vietnam War. Today, napalm lives on as a pariah: a symbol of American cruelty and the misguided use of power, according to anti-war protesters in the 1960s and popular culture from Apocalypse Now to the punk band Napalm Death and British street artist Banksy. Its use by Serbia in 1994 and by the United States in Iraq in 2003 drew condemnation. United Nations delegates judged deployment against concentrations of civilians a war crime in 1980. After thirty-one years, America joined the global consensus, in 2011.
Robert Neer has written the first history of napalm, from its inaugural test on the Harvard College soccer field, to a Marine Corps plan to attack Japan with millions of bats armed with tiny napalm time bombs, to the reflections of Phan Thi Kim Phuc, a girl who knew firsthand about its power and its morality. » Have you read this book? We'd like to know what you think about it - write a review about Napalm book by Robert M. Neer and you'll earn 50c in Boomerang Bucks loyalty dollars (you must be a Boomerang Books Account Holder - it's free to sign up and there are great benefits!)

Robert M. Neer is an attorney and Core Lecturer in the History Department at Columbia University.

A Preview for this title is currently not available.
More Books By Robert M. Neer
View All