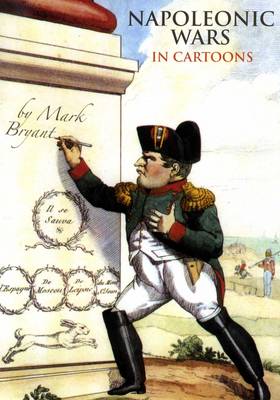 Napoleon Bonaparte, the junior artillery officer of the French Revolution who became emperor and dictator of nearly all of western Europe, was the most caricatured figure of his time, with almost 1000 satirical drawings being produced about his exploits by British artists alone. Long before the advent of illustrated daily or weekly newspapers these hand-coloured prints were a major source of news and opinion and had considerable impact on the public at large. From the battles of the Nile, Copenhagen, Trafalgar, Austerlitz, Jena and Leipzig to the Peninsular War, the invasion of Russia, exile on Elba and his final defeat at Waterloo in 1815, the actions of Napoleon and his opponents were the main focus of graphic satire worldwide for nearly twenty years. The Napoleonic Wars were also the main topic of interest for some of the greatest cartoonists of all time, making this period part of the 'The Golden Age of Caricature' which spanned the end of the 18th century and the beginning of the 19th century. The diminutive emperor was a gift to cartoonists and James Gillray's transformation of him into the Lilliputian character 'Little Boney' was immensely popular. He also appeared as various kinds of grotesque creature - from ape, serpent and dragon to earwig, toadstool and crocodile - forever battling the mighty John Bull, Britannia and the British Bulldog. The Allied monarchs and military commanders themselves were also custom-made for caricature. The Duke of Wellington's nose, General Blucher's flamboyant moustache, the one-armed Lord Nelson, the pug-faced (and mad) Tsar Paul of Russia, the portly Prince of Wales and the wiry Prime Minister, William 'Bottomless' Pitt all feature prominently. "Napoleonic Wars in Cartoons" is divided into chapters each prefaced with a concise introduction that provides an historical framework for the work of that period. Altogether more than 300 drawings from both sides of the conflicts, in colour and black-and-white, have been skilfully blended to produce a unique visual history.

Other Editions - Napoleonic Wars in Cartoons by Mark Bryant 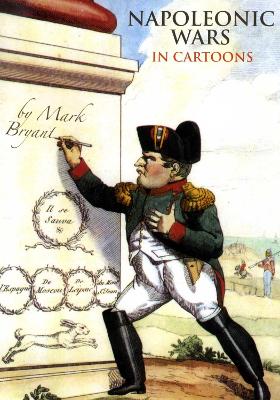 » Have you read this book? We'd like to know what you think about it - write a review about Napoleonic Wars in Cartoons book by Mark Bryant and you'll earn 50c in Boomerang Bucks loyalty dollars (you must be a Boomerang Books Account Holder - it's free to sign up and there are great benefits!)


A Preview for this title is currently not available.
More Books By Mark Bryant
View All