The Narrative Of Arthur Gordon Pym Of Nantucket

The novella tells the tale of the young Arthur Gordon Pym, who stows away aboard a whaling ship called the Grampus. Various adventures and misadventures befall Pym, including shipwreck, mutiny and cannibalism, before he is saved by the crew of the Jane Guy. Aboard this vessel, Pym and a sailor named Dirk Peters continue their adventures further south. They encounter hostile natives and are forced to make their escape, as what started out as a more conventional story becomes something rather more unusual. 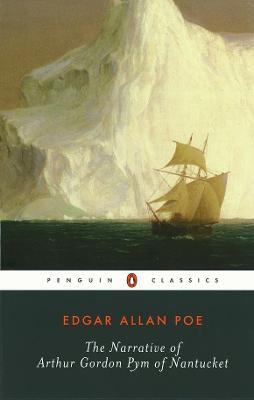 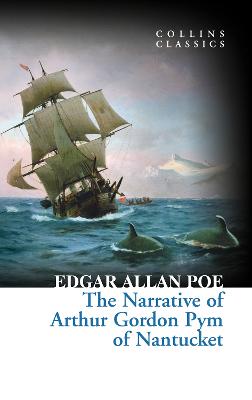 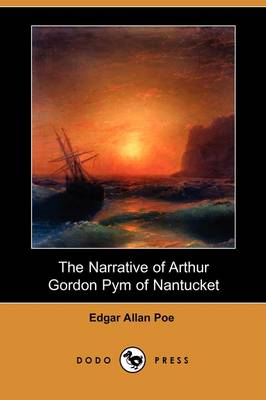 » Have you read this book? We'd like to know what you think about it - write a review about Narrative Of Arthur Gordon Pym Of Nantucket book by Edgar Allan Poe and you'll earn 50c in Boomerang Bucks loyalty dollars (you must be a Boomerang Books Account Holder - it's free to sign up and there are great benefits!)

EDGAR ALLAN POE was born the son of itinerant actors in Boston, Massachusetts, in 1809. A year after his birth, his father abandoned the family, and his mother died of tuberculosis. Poe was taken into foster care by John Allan, a successful merchant in Richmond, Virginia. He attended the University of Virginia for a year, but left after running up severe gambling debts, which led to an estrangement from his foster family. In 1827, while a private in the U.S. Army, he published his first book of poetry, "Tamerlane and Other Poems." After his discharge, he pursued a literary career and found editorial jobs at a series of periodicals, including the "Southern Literary Messenger," which serialized "The Narrative of Arthur Gordon Pym of Nantucket." He became well-known as a scathing critic, and his reviews earned him the epithet Tomahawk Man. In 1835, Poe secretly married his cousin Virginia Clemm, but despite nonstop writing criticism, poetry, short stories, and experimentation with fictional genres, including the detective novel, which he virtually invented with the publication of The Murders in the Rue Morgue (1841) he received scant recognition for his efforts until the publication of The Raven in 1845. The poem s instant popularity gave him new visibility in literary circles, but his personal situation remained plagued by poverty and drink, and the illness and ultimate death of Virginia in 1847. In 1849, he was found semiconscious outside a Baltimore tavern. Taken to the hospital, he lingered for four days but never recovered. On October 7, Poe died at the age of forty."

A Preview for this title is currently not available.
More Books By Edgar Allan Poe
View All