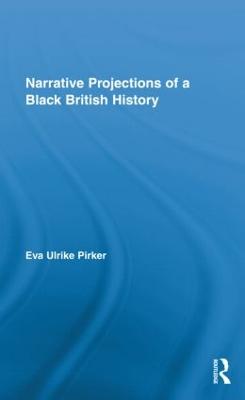 Since the mid-1990s, the black experience in Britain has begun to be (re)negotiated intensely, with a strong focus on history. Narrative Projections of a Black British History considers narratives that construct, or engage with, aspects of a black British history. Part I poses the question of what sort of narratives have emerged from, and in turn determine, key events (such as the iconic 'Windrush' moment) and developments and provides basic insights into theoretical frameworks. It also offers a large number of comparative readings, considering both 'factual' and 'fictional' forms of representation such as history books, documentary films, life writing, novels, and drama, and identifies main strands, 'official' narratives and countercurrents. Part II embarks on close readings and analyses of a selection of narratives that can be classed as reactions to the 'established' historical culture. Overall, the book draws attention to collective currents and individual positions, affirmative and critical approaches: Together, they form a representative image of a specific moment in the ongoing debate about a black British history.

» Have you read this book? We'd like to know what you think about it - write a review about Narrative Projections of a Black British History book by Eva Ulrike Pirker and you'll earn 50c in Boomerang Bucks loyalty dollars (you must be a Boomerang Books Account Holder - it's free to sign up and there are great benefits!)

Eva Ulrike Pirker is a lecturer of English Literary and Cultural Studies at the University of Freiburg, Germany. She has published articles on literature, film and photography in the fields of postcolonial studies, migration studies and the emerging field of the study of historical culture, and has co-edited two volumes devoted to analyses of contemporary British culture (Multiethnic Britain 2000+ and Facing the East in the West: Images of Eastern Europe in British Literature, Film and Culture), but is interested in the mechanisms of cultural representation in the widest sense.

A Preview for this title is currently not available.
More Books By Eva Ulrike Pirker
View All