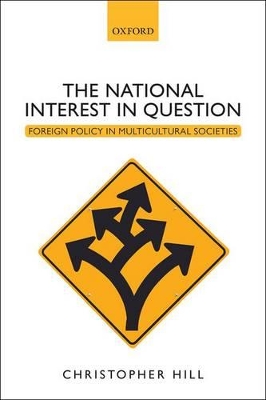 The National Interest in Question

Description - The National Interest in Question by Christopher Hill

European societies, congratulating themselves after the end of the Cold War on living in a zone of unparalleled peace and prosperity, have been shocked to find themselves once again involved in faraway wars, while at home a new wave of terrorism followed on the events of 9.11 in the United States. On top of this they have been grappling with rapid social change associated with inward migration and increased ethnic and cultural diversity. If in the age of empire
Europe went out to the world, the world is now turning up on Europe's doorstep. This book analyses the problems arising from the interplay between international politics and the changing nature of
society in ten Member States of the European Union, weighing up the relative importance of the kind of national foreign policy pursued and the approach taken towards multiculturalism at home

Other Editions - The National Interest in Question by Christopher Hill 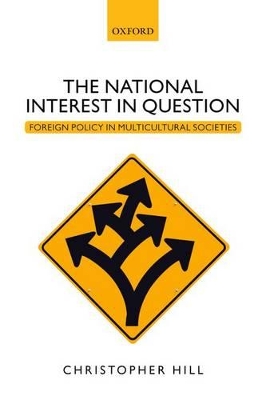 Book Reviews - The National Interest in Question by Christopher Hill

» Have you read this book? We'd like to know what you think about it - write a review about National Interest in Question book by Christopher Hill and you'll earn 50c in Boomerang Bucks loyalty dollars (you must be a Boomerang Books Account Holder - it's free to sign up and there are great benefits!)

Christopher Hill is the Patrick Sheehy Professor of International Relations and Head of the Department of Politics and International Studies at the University of Cambridge, where he has taught since 2004. Before that he served for 30 years in the Department of International Relations at the London School of Economics and Political Science, where from 1991 he was the Montague Burton Professor. He has published widely on aspects of Foreign Policy Analysis, with an empirical focus on the European Union and its Member States. He is a Fellow of the British Academy.