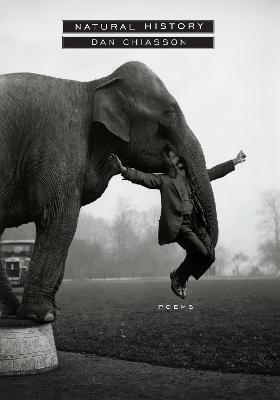 Dan Chiasson, hailed as "one of the most gifted poets of his generation" upon the appearance of his first book, takes inspiration for his stunning new collection from the Historia Naturalis of Pliny the Elder."What happens next, you won't believe," Chiasson writes in "From the Life of Gorky," and it is fair warning. This collection suggests that a person is like a world, full of mysteries and wonders-and equally in need of an encyclopedia, a compendium of everything known. The long title sequence offers entries such as "The Sun" ("There is one mind in all of us, one soul, / who parches the soil in some nations / but in others hides perpetually behind a veil"), "The Elephant" ("How to explain my heroic courtesy?"), "The Pigeon" ("Once startled, you shall feel hours of weird sadness / afterwards"), and "Randall Jarrell" ("If language hurts you, make the damage real"). The mysteriously emotional individual poems coalesce as a group to suggest that our natural world is populated not just by fascinating creatures-who, in any case, are metaphors for the human as Chiasson considers them- but also by literature, by the ghosts of past poetries, by our personal ghosts. Toward the end of the sequence, one poem asks simply, "Which Species on Earth Is Saddest?" a question this book seems poised to answer. But Chiasson is not finally defeated by the sorrows and disappointments that maturity brings. Combining a classic, often heartbreaking musical line with a playful, fresh attack on the standard materials of poetry, he makes even our sadness beguiling and beautiful. 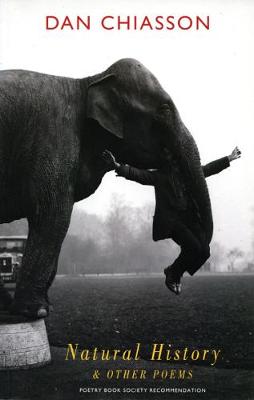 » Have you read this book? We'd like to know what you think about it - write a review about Natural History book by Dan Chiasson and you'll earn 50c in Boomerang Bucks loyalty dollars (you must be a Boomerang Books Account Holder - it's free to sign up and there are great benefits!)

DAN CHIASSON was born in Burlington, Vermont, and was educated at Amherst College and Harvard University, where he completed a Ph.D. in English. His first book of poems, The Afterlife of Objects appeared in 2002. A widely published literary critic, Chiasson is the author of One Kind of Everything: Poem and Person in Contemporary America. He is the recipient of a Pushcart Prize and a Whiting Writers' Award, and teaches at Amherst and Wellesley colleges. He lives in Sherborn, Massachusetts.

A Preview for this title is currently not available.
More Books By Dan Chiasson
View All