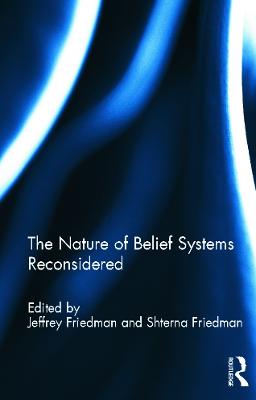 The Nature of Belief Systems Reconsidered

Description - The Nature of Belief Systems Reconsidered by Jeffrey Friedman

In the foundational document of modern public-opinion research, Philip E. Converse's "The Nature of Belief Systems in Mass Publics" (1964) established the U.S. public's startling political ignorance. This volume makes Converse's long out-of-print article available again and brings together a variety of scholars, including Converse himself, to reflect on Converse's findings after nearly half a century of further research. Some chapters update findings on public ignorance. Others outline relevant research agendas not only in public-opinion and voter-behavior studies, but in American political development, "state theory," and normative theory. Three chapters grapple with whether voter ignorance is "rational." Several chapters consider the implications of Converse's findings for the democratic ideal of a well-informed public; others focus on the political "elite," who are better informed but quite possibly more dogmatic than members of the general public. Contributors include Scott Althaus, Stephen Earl Bennett, Philip E. Converse, Samuel DeCanio, James S. Fishkin, Jeffrey Friedman, Doris A. Graber, Russell Hardin, Donald Kinder, Arthur Lupia, Samuel L. Popkin, Ilya Somin, and Gregory W. Wawro.

This book was originally published as a special issue of Critical Review: A Journal of Politics and Society.

Other Editions - The Nature of Belief Systems Reconsidered by Jeffrey Friedman 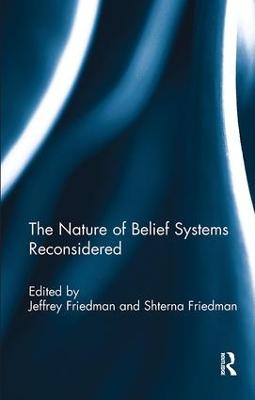 » Have you read this book? We'd like to know what you think about it - write a review about Nature of Belief Systems Reconsidered book by Jeffrey Friedman and you'll earn 50c in Boomerang Bucks loyalty dollars (you must be a Boomerang Books Account Holder - it's free to sign up and there are great benefits!)

Jeffrey Friedman, a visiting scholar in the Department of Government, University of Texas at Austin, received a Ph.D. in Political Science from Yale University. He is the author of Engineering the Financial Crisis (Penn, 2011, with Wladimir Kraus) and the editor of The Rational Choice Controversy: Economic Models of Politics Reconsidered (Yale, 1996), What Caused the Financial Crisis (Penn, 2011), and Rethinking the Rhetorical Presidency (Routledge, 2011). Shterna Friedman received an MFA from the Iowa Writers' Workshop, University of Iowa. They are, respectively, the editor and managing editor of Critical Review: A Journal of Politics and Society and the co-editors of Political Knowledge (Routledge, 2012).

A Preview for this title is currently not available.
More Books By Jeffrey Friedman
View All

Societal Complexity: System Effects and the Problem of Prediction
$81.89 $90.99