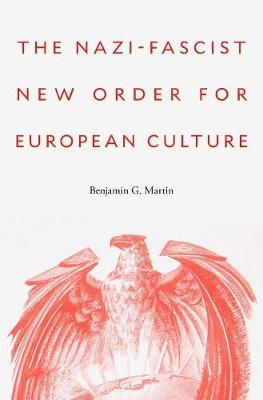 Following France's crushing defeat in June 1940, the Nazis moved forward with plans to reorganize a European continent now largely under Hitler's heel. While Germany's military power would set the agenda, several among the Nazi elite argued that permanent German hegemony required something more: a pan-European cultural empire that would crown Hitler's wartime conquests. At a time when the postwar European project is under strain, Benjamin G. Martin brings into focus a neglected aspect of Axis geopolitics, charting the rise and fall of Nazi-fascist ?soft power? in the form of a nationalist and anti-Semitic new ordering of European culture.

As early as 1934, the Nazis began taking steps to bring European culture into alignment with their ideological aims. In cooperation and competition with Italy's fascists, they courted filmmakers, writers, and composers from across the continent. New institutions such as the International Film Chamber, the European Writers Union, and the Permanent Council of composers forged a continental bloc opposed to the ?degenerate? cosmopolitan modernism that held sway in the arts. In its place they envisioned a Europe of nations, one that exalted traditionalism, anti-Semitism, and the Volk. Such a vision held powerful appeal for conservative intellectuals who saw a European civilization in decline, threatened by American commercialism and Soviet Bolshevism.

Taking readers to film screenings, concerts, and banquets where artists from Norway to Bulgaria lent their prestige to Goebbels's vision, Martin follows the Nazi-fascist project to its disastrous conclusion, examining the internal contradictions and sectarian rivalries that doomed it to failure.

» Have you read this book? We'd like to know what you think about it - write a review about Nazi-Fascist New Order for European Culture book by Benjamin G. Martin and you'll earn 50c in Boomerang Bucks loyalty dollars (you must be a Boomerang Books Account Holder - it's free to sign up and there are great benefits!)