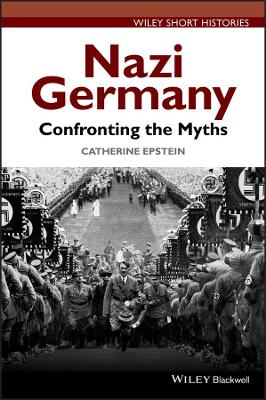 Nazi Germany: Confronting the Myths provides a concise and
compelling introduction to the Third Reich. At the same time,
it challenges and demystifies the many stereotypes surrounding
Hitler and Nazi Germany.


Creates a succinct, argument-driven overview for students by
using common myths and stereotypes to encourage critical engagement
with the subject

Argues that in order to fully understand and explain this
period of history, we need to address its seeming paradoxes ?
for example, questioning why most Germans viewed the Third Reich as
a legitimate government, despite the Nazis? criminality

Other Editions - Nazi Germany by Catherine A. Epstein » Have you read this book? We'd like to know what you think about it - write a review about Nazi Germany book by Catherine A. Epstein and you'll earn 50c in Boomerang Bucks loyalty dollars (you must be a Boomerang Books Account Holder - it's free to sign up and there are great benefits!)

Catherine Epstein is Dean of the Faculty and Professor of History at Amherst College. She is the prize-winning author of Model Nazi: Arthur Greiser and the Occupation of Western Poland (2010). Her previous publications also include A Past Renewed: A Catalog of German-Speaking Refugee Historians in the United States After 1933 (1993) and The Last Revolutionaries: German Communists and their Century (2003).

A Preview for this title is currently not available.
More Books By Catherine A. Epstein
View All 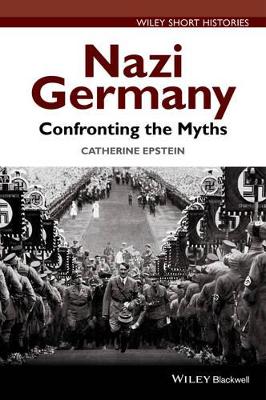