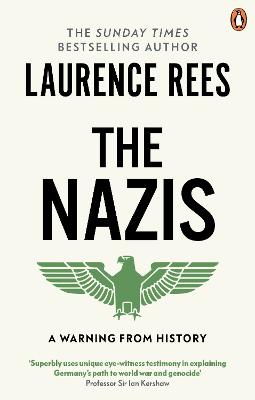 A Warning From History

Description - The Nazis by Laurence Rees

Following the success of Rees' bestselling Auschwitz, this substantially revised and updated edition of The Nazis - A Warning from History tells the powerfully gripping story of the rise and fall of the Third Reich.During a 16-year period, acclaimed author and documentary-maker Laurence Rees met and interviewed a large number of former Nazis, and his unique insights into the Nazi psyche and World War 2 received enormous praise.At the heart of the book lies compelling eyewitness accounts of life under Adolf Hitler, spoken through the words of those who experienced the Nazi regime at every level of society. An extensive new section on the Nazi/Soviet war (previously published in Rees' War of the Century) provides a chilling insight into Nazi mentality during the most bloody conflict in history.Described as one of the greatest documentary series of all times The Nazis - A Warning from History won a host of awards, including a BAFTA and an International Documentary Award.

Other Editions - The Nazis by Laurence Rees 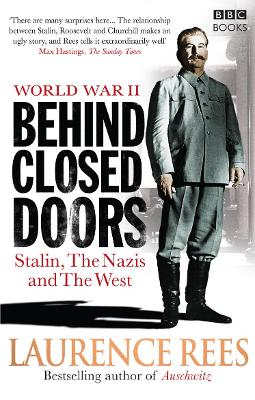 » Have you read this book? We'd like to know what you think about it - write a review about Nazis book by Laurence Rees and you'll earn 50c in Boomerang Bucks loyalty dollars (you must be a Boomerang Books Account Holder - it's free to sign up and there are great benefits!)

Laurence Rees is the writer and producer of the major BBC television documentary series World War II- Behind Closed Doors, War of the Century, Horror in the East and Auschwitz- The Nazis and the 'Final Solution'. He won the British Book Award for History Book of the Year in 2006 for his international bestseller Auschwitz- The Nazis and the 'Final Solution'. Rees' career as a writer and filmmaker, focusing on the Nazis and World War II, stretched back nearly 20 years. His body of work has won him several awards, including a BAFTA and a Grierson Award. Rees was educated at Solihull School and Oxford University and is the former Creative Director of BBC TV History programmes.