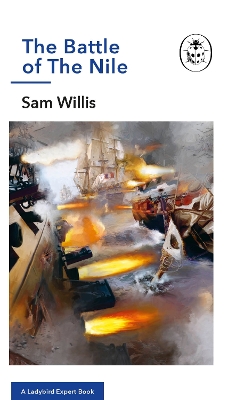 Nelson: Battle of The Nile

Description - Nelson: Battle of The Nile by Sam Willis

Part of the new Ladybird Expert series Nelson- Battle of the Nile is an accessible and authoritative introduction to the naval battle that established Nelson's fame.

The only way to stop Napoleon seemed to be at sea, and although Britain claimed victory in Aboukir Bay, the war was far from over...

You'll learn how the roots of this significant battle lie in the French Revolution, track Napoleon's rise to prominence and the effect of France's move from revolution to dictatorship on the balance of power in Europe. This book will take you though the dramatic turning points of the battle and Nelson's celebrated tactical leadership.

Book Reviews - Nelson: Battle of The Nile by Sam Willis

» Have you read this book? We'd like to know what you think about it - write a review about Nelson: Battle of The Nile book by Sam Willis and you'll earn 50c in Boomerang Bucks loyalty dollars (you must be a Boomerang Books Account Holder - it's free to sign up and there are great benefits!)


A Preview for this title is currently not available.
More Books By Sam Willis
View All