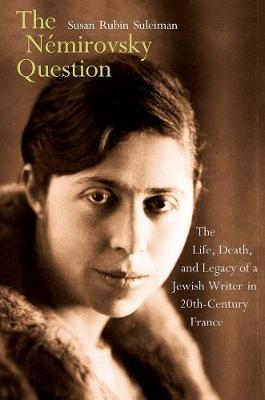 The Life, Death, and Legacy of a Jewish Writer in Twentieth-Century France

Irene Nemirovsky succeeded in creating a brilliant career as a novelist in the 1930s, only to have her life cut short: a "foreign Jew" in France, she was deported in 1942 and died in Auschwitz. But her two young daughters survived, and as adults they brought their mother back to life. In 2004, Suite francaise, Nemirovsky's posthumous novel, became an international best seller; some critics, however, condemned her as a "self-hating Jew" whose earlier works were rife with anti-Semitic stereotypes. Informed by personal interviews with Nemirovsky's descendants and others, as well as by extensive archival research, this wide-ranging intellectual biography situates Nemirovsky in the literary and political climate of interwar France and recounts, for the first time, the postwar lives of her daughters. Nemirovsky's Jewish works, Suleiman argues, should be read as explorations of the conflicted identities that shaped the lives of secular Jews in twentieth-century Europe and beyond.

» Have you read this book? We'd like to know what you think about it - write a review about Nemirovsky Question book by Susan Rubin Suleiman and you'll earn 50c in Boomerang Bucks loyalty dollars (you must be a Boomerang Books Account Holder - it's free to sign up and there are great benefits!)

Susan Rubin Suleiman is the C. Douglas Dillon Research Professor of the Civilization of France and research professor of comparative literature at Harvard. She lives in Belmont, MA.

A Preview for this title is currently not available.
More Books By Susan Rubin Suleiman
View All