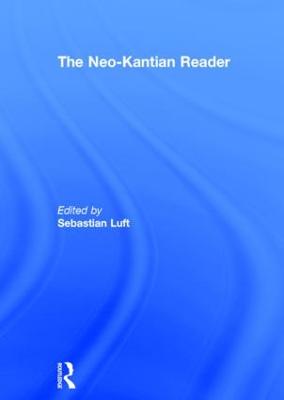 The latter half of the nineteenth and the early part of the twentieth century witnessed a remarkable resurgence of interest in Kant's philosophy in Continental Europe, the effects of which are still being felt today. The Neo-Kantian Reader is the first anthology to collect the most important primary sources in Neo-Kantian philosophy, with many being published here in English for the first time. It includes extracts on a rich and diverse number of subjects, including logic, epistemology, metaphysics, philosophy of science, and transcendental idealism.

Sebastian Luft, together with other scholars, provides clear introductions to each of the following sections (to the authors as well as to each text), placing them in historical and philosophical context:

The Neo-Kantian Reader is essential reading for all students of Kant, nineteenth and twentieth century philosophy, history and philosophy of science, and phenomenology, as well as to those studying important philosophical movements such as logical positivism and analytic philosophy and its history.

Other Editions - The Neo-Kantian Reader by Sebastian Luft 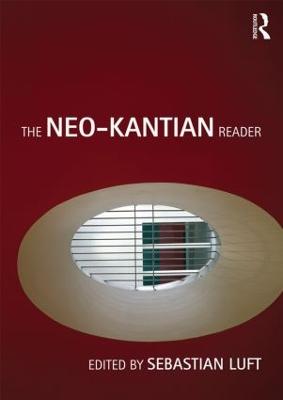 » Have you read this book? We'd like to know what you think about it - write a review about Neo-Kantian Reader book by Sebastian Luft and you'll earn 50c in Boomerang Bucks loyalty dollars (you must be a Boomerang Books Account Holder - it's free to sign up and there are great benefits!)

A Preview for this title is currently not available.
More Books By Sebastian Luft
View All