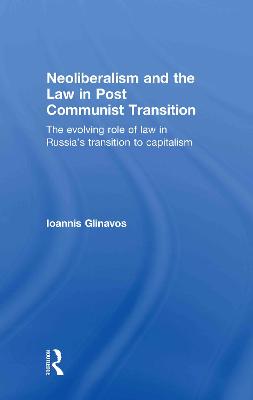 This work examines ideas about the role of law and legal reform in the creation of market economies, focusing on the process of post communist transition in Russia. Processes of transition in Russia were guided by a set of very specific neoliberal ideas about the nature of markets and capitalism, about the role of law and the primacy of the economic over the legal and political. These ideas however have come under fire as a result of the Russian experience of transition and the serious problems encountered by reforms. This led to a revision of the original neoliberal ideas, not least concerning the role of law and its relationship to the economic and the political. The result has been the emergence of a much more complex body of ideas about the role law plays in economic transformation. This book aims to close a gap in the literature on post communist transition by offering a theoretical interpretation of Russia's experience which makes transition reform models comparable to development reform models.
Focusing on the role of law and the relationship of economic priorities to law reform, this work offers a critical evaluation of currently dominant theories of economic and legal reform put to use in varied transition and development scenarios. In looking at the ideas which directed and animated reform in Russia, an enquiry is thus made into the wider relationship between democracy, regulation and the market in contemporary capitalism. Neoliberalism and the Law in Post Communist Transition will equip scholars and students of development studies, law, political economy and international economics with a critical guide to transition focused on the often neglected legal aspect of the reforms. 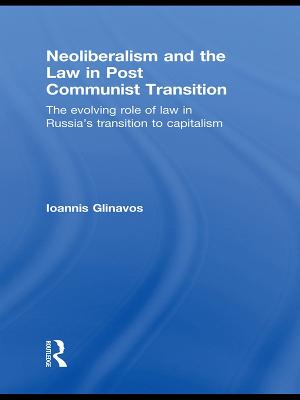 » Have you read this book? We'd like to know what you think about it - write a review about Neoliberalism and the Law in Post Communist Transition book by Ioannis Glinavos and you'll earn 50c in Boomerang Bucks loyalty dollars (you must be a Boomerang Books Account Holder - it's free to sign up and there are great benefits!)

A Preview for this title is currently not available.
More Books By Ioannis Glinavos
View All