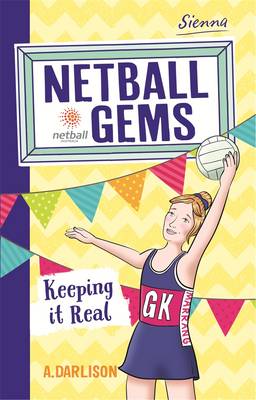 Does Sienna still have time to play for the Gems?

Sienna is crazy about netball, especially about playing Goal Keeper. But Sienna's other passion is horseriding, and when her Uncle lends her a beautiful palomino to ride at Pony Club, Sienna is ecstatic. That is, until she realises that between netball and horseriding, she barely has a spare minute. Soon, Sienna is exhausted and both her schoolwork and netball skills are suffering. She's even starting to lose her trademark sense of humour!

Will Sienna find a way to balance her hobbies and chase her dream of becoming a great Australian defender? 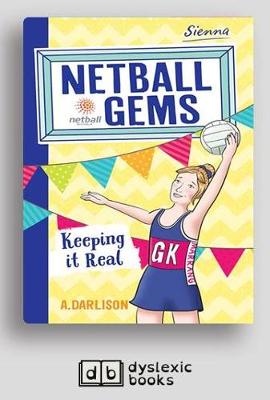 » Have you read this book? We'd like to know what you think about it - write a review about Netball Gems 6 book by Aleesah Darlison and you'll earn 50c in Boomerang Bucks loyalty dollars (you must be a Boomerang Books Account Holder - it's free to sign up and there are great benefits!)

Aleesah Darlison is a multi-published, award-winning Australian author. She has written over twenty picture books and novels for boys and girls of all ages. Her story themes promote the concepts of courage, understanding, anti-bullying, love, self-belief, friendship and teamwork. Her books include Spider Iggy, Little Meerkat, Puggle's Problem, Warambi, Little Good Wolf, Ash Rover and the Unicorn Riders Series. When Aleesah isn't creating entertaining and enchanting stories for children, she's usually looking after her four energetic children or taking her frisky dog, Floyd, for long walks on the beach.