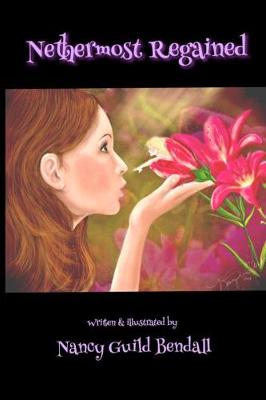 Somewhere deep beneath the massive roots of our northern Canadian forest, floating on a pool of liquid gold, lies the continent of Nethermost. For centuries Nethermost's benevolent sovereigns have fostered harmony amongst its wondrously magical citizens, and have encouraged an ideal realm liberally tinged with prosperity -- until four decades ago. Now it is a continent in crisis, with many living in exile, with a climate in daily jeopardy. What remains is a society in disarray, a nation decimated by the greed of one usurper, the disappointed younger brother of Nethermost's rightful heir.

Eighteen year old Cait O'Quinn knows nothing of Nethermost, let alone of its grim plight. Raised in virtual captivity by an emotionally distant aunt at the edge of nowhere Canada, she is self-deprecating and unsure. After being convinced that the fate of Nethermost rests on her uneasy shoulders, Cait's panic is palpable -- "I'm just a stupid girl of little significance, leading a very dull life on a very small bump in the road. What do you want from me?"

» Have you read this book? We'd like to know what you think about it - write a review about Nethermost Regained: (greyscale Edition) book by Nancy Guild Bendall and you'll earn 50c in Boomerang Bucks loyalty dollars (you must be a Boomerang Books Account Holder - it's free to sign up and there are great benefits!)


A Preview for this title is currently not available.
More Books By Nancy Guild Bendall
View All