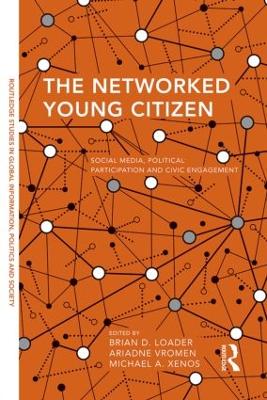 The future engagement of young citizens from a wide range of socio-economic, ethnic and cultural backgrounds in democratic politics remains a crucial concern for academics, policy-makers, civics teachers and youth workers around the world. At a time when the negative relationship between socio-economic inequality and levels of political participation is compounded by high youth unemployment or precarious employment in many countries, it is not surprising that new social media communications may be seen as a means to re-engage young citizens. This edited collection explores the influence of social media, such as YouTube, Facebook, and Twitter, upon the participatory culture of young citizens.

This collection, comprising contributions from a number of leading international scholars in this field, examines such themes as the possible effects of social media use upon patterns of political socialization; the potential of social media to ameliorate young people's political inequality; the role of social media communications for enhancing the civic education curriculum; and evidence for social media manifesting new forms of political engagement and participation by young citizens. These issues are considered from a number of theoretical and methodological approaches but all attempt to move beyond simplistic notions of young people as an undifferentiated category of 'the internet generation'.

Other Editions - The Networked Young Citizen by Brian D. Loader » Have you read this book? We'd like to know what you think about it - write a review about Networked Young Citizen book by Brian D. Loader and you'll earn 50c in Boomerang Bucks loyalty dollars (you must be a Boomerang Books Account Holder - it's free to sign up and there are great benefits!)

Brian D. Loader is Associate-Director of the Science and Technology Studies Unit (SATSU) based at the University of York, UK. His academic interests are focussed around the emergence of new information and communications technologies (ICTs), such as the Internet, and the social, political and economic factors shaping their development and diffusion, and their implications for social, economic, governmental and cultural change. He is General Editor of the international journal Information, Communication and Society and has published extensively in this field. Recent books include Cyberprotest:New Media, Citizens and Social Movements, (Routledge, 2004); Young Citizens in the Digital Age (Routledge, 2007); Digital Welfare for the Third Age (Routledge, 2008). Ariadne Vromen is Associate Professor in the Department of Government and International Relations at the University of Sydney, in Australia. She has ongoing research interests in political participation, including on young people, politics and the internet. Michael A. Xenos is Associate Professor of Communication Science at the University of Wisconsin-Madison, USA. His research focuses on how the context and content of political communication influences the quality of democratic deliberation, public opinion, and civic engagement.

A Preview for this title is currently not available.
More Books By Brian D. Loader
View All

Routledge Handbook of Digital Media and Communication in Society
$395.01 $399.00