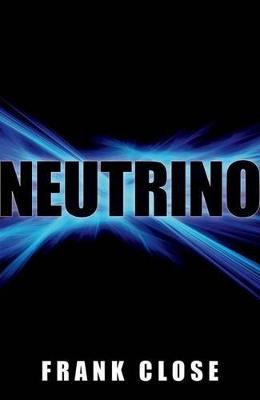 What are neutrinos? Why does nature need them? What use are they?Neutrinos are perhaps the most enigmatic particles in the universe. Formed in certain radioactive decays, they pass through most matter with ease. These tiny, ghostly particles are formed in millions in the Sun and pass through us constantly. For a long time they were thought to be massless, and passing as they do like ghosts they were not regarded as significant. Now we know they
have a very small mass, and there are strong indications that they are very important indeed. It is speculated that a heavy form of neutrino, that is both matter and antimatter, may have shaped the
balance of matter and antimatter in the early universe. Here, Frank Close gives an account of the discovery of neutrinos and our growing understanding of their significance, also touching on some speculative ideas concerning the possible uses of neutrinos and their role in the early universe.

Other Editions - Neutrino by Frank Close » Have you read this book? We'd like to know what you think about it - write a review about Neutrino book by Frank Close and you'll earn 50c in Boomerang Bucks loyalty dollars (you must be a Boomerang Books Account Holder - it's free to sign up and there are great benefits!)

Frank Close, OBE, is Professor of Physics at Oxford University and a Fellow of Exeter College. He was formerly vice president of the British Association for Advancement of Science, Head of the Theoretical Physics Division at the Rutherford Appleton Laboratory, and Head of Communications and Public Education at CERN. He is the author of several books, including The Void (OUP, 2007) and the best-selling Lucifer's Legacy (OUP, 2000). He was the winner of the Kelvin Medal of the Institute of Physics for his 'outstanding contributions to the public understanding of physics'. His other books include Particle Physics: A Very Short Introduction (2004), The Cosmic Onion (1983), The Particle Explosion (1987), End (1988), Too Hot to Handle - the race for cold fusion (1991), and The Particle Odyssey (OUP, 2002). In 2013 Professor Close was awarded the Royal Society Michael Faraday Prize for communicating science.

A Preview for this title is currently not available.
More Books By Frank Close
View All