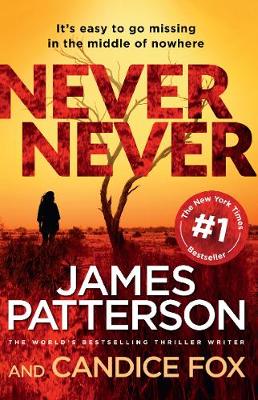 A chilling thriller set in the Australian Outback, from the pen of the world's bestselling writer, James Patterson and co-written with award-winning crime writer Candice Fox.

Detective Harriet Blue needs to get out of town, fast.

With her brother under arrest for a series of brutal murders in Sydney, Harry's chief wants the hot-headed detective kept far from the press. So he assigns her a deadly new case - in the middle of the Outback.

Deep in the Western Australian desert, three young people have disappeared from the Bandya Mine. And it's Harry's job to track them down.

But still reeling from events back home, and with a secretive new partner at her side, Harry's not sure who she can trust anymore.

And, in this unforgiving land, she has no idea how close she is to a whole new kind of danger . . .

'A bright new star of crime fiction - Candice Fox's writing is inventive, thrilling and totally addictive. It has been such a pleasure to work with her on Never Never.' James Patterson 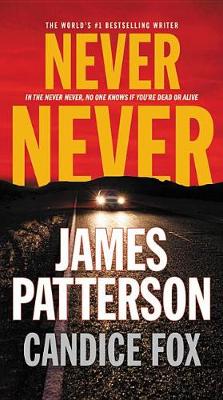 » Have you read this book? We'd like to know what you think about it - write a review about Never Never book by Candice Fox and you'll earn 50c in Boomerang Bucks loyalty dollars (you must be a Boomerang Books Account Holder - it's free to sign up and there are great benefits!)