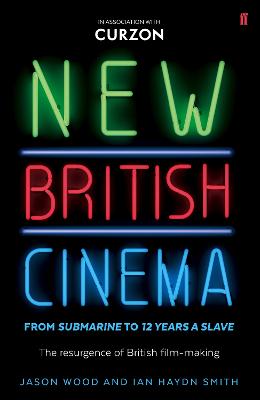 New British Cinema from 'Submarine' to '12 Years a Slave'

The Resurgence of British Film-making Main

Over the past year the success of British films at international film festivals - as well as the numerous awards bestowed on 12 Years a Slave - have demonstrated that British cinema has undergone a genuine renaissance that has caused new voices to emerge. At the same time, directors whose work has enthralled over the past five years have also continued to develop and expand their visions. The boundaries of British film-making are being redefined.

Beginning with a preface exploring some of the factors that have led to this fertile environment, New British Cinema features in-depth interviews with the film-making voices at the vanguard of this new wave. Figures such as Clio Barnard, Richard Ayoade, Steve McQueen, Jonathan Glazer, Carol Morley, Yann Demange, Peter Strickland and Ben Wheatley provide a valuable insight into their work and working methods.

» Have you read this book? We'd like to know what you think about it - write a review about New British Cinema from 'Submarine' to '12 Years a Slave' book by Jason Wood and you'll earn 50c in Boomerang Bucks loyalty dollars (you must be a Boomerang Books Account Holder - it's free to sign up and there are great benefits!)

Jason Wood works for the Curzon Cinema origanisation. He is the author of The Faber Book of Mexican Cinema and is also the editor of Nick Broomfield. Ian Haydn Smith is the editor of Curzon Magazine. Formerly the editor of the International Film Guide and series editor of 24 Frames, he has written widely on film and the arts.

A Preview for this title is currently not available.
More Books By Jason Wood
View All

IT Auditing and Application Controls for Small and Mid-sized Enterprises
$134.95 $149.95