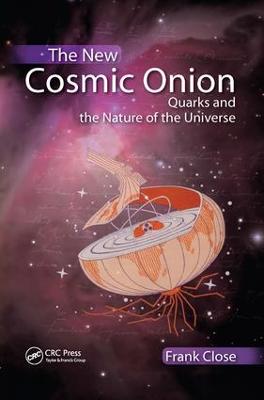 Quarks and the Nature of the Universe

Not since Newton s apple has there been a physics phenomenon as deliciously appealing to the masses as Frank Close s Cosmic Onion. Widely embraced by scientists and laypersons alike, the book quickly became an international bestseller. Translated into seven languages, it propelled the author to become a worldwide celebrity as well as an inspiration to a generation of scientists. The book s title itself has entered popular usage as a metaphor for the layers that can be peeled away to understand the foundations of the physical world, from dimensions and galaxies, to atoms and quarks.
Close is a lucid, reliable, and enthusiastic guide to the strange and wonderful microcosmic world that dwells deep within reality Frank Wilczek, Herman Feshbach Professor of Physics, MIT, 2004 Nobel Prize in Physics
NEW Material

Explains the principles behind the Hadron Collider as well as the potential it presents
Considers the recent development of the Electroweak Theory as a law of nature
Explores the mysteries uncovered and the ones that may be in store with regard to top and bottom quarks
Keeping still-pertinent contents from the original volume that caught the world s attention in 1983, this fresh edition of the Cosmic Onion includes extensive new material to reflect new views of the

Other Editions - The New Cosmic Onion by Frank Close 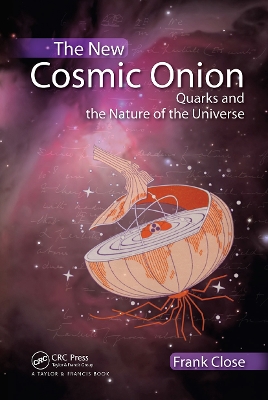 » Have you read this book? We'd like to know what you think about it - write a review about New Cosmic Onion book by Frank Close and you'll earn 50c in Boomerang Bucks loyalty dollars (you must be a Boomerang Books Account Holder - it's free to sign up and there are great benefits!)


A Preview for this title is currently not available.
More Books By Frank Close
View All