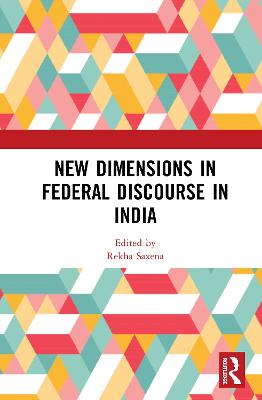 This book explores hitherto unaddressed dimensions in federalism studies in India. It traces continuities and changes in Indian federalism since independence and especially economic liberalization. Beginning with the 1990s, due to the emergence of multi-party system, coalition governments, change in judicial temper and the onset of privatization and globalization in the economy, there has been a trend towards greater federalization in India. However, in the context of one-party majority in a coalition government since 2014, new aspects have emerged in Indian federalism.

The volume engages with several facets of federalism: administrative federalism; environmental and resource federalism; changing dynamics of fiscal federalism; and multi-level governance. With comparative data and case studies across different states of India, it brings together a range of issues, including Article 356 and its dysfunctions; land acquisition; decentralized governance; tribal rights; the roles of central and state governments; concerns regarding Citizenship Amendment Act; recent abrogation of Article 370 and 35 A; Delhi and statehood; climate change; MGNREGA; implementation of ICDS and the cooperative and competitive nature of Indian federalism.

» Have you read this book? We'd like to know what you think about it - write a review about New Dimensions in Federal Discourse in India book by Rekha Saxena and you'll earn 50c in Boomerang Bucks loyalty dollars (you must be a Boomerang Books Account Holder - it's free to sign up and there are great benefits!)


A Preview for this title is currently not available.
More Books By Rekha Saxena
View All