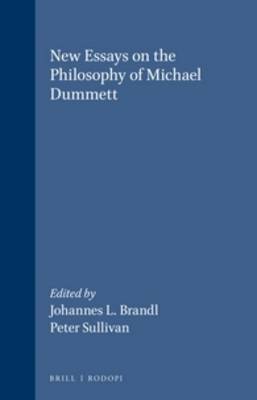 New Essays on the Philosophy of Michael Dummett

Description - New Essays on the Philosophy of Michael Dummett by Johannes L. Brandl

Ever since the publication of 'Truth' in 1959 Sir Michael Dummett has been acknowledged as one of the most profoundly creative and influential of contemporary philosophers. His contributions to the philosophy of thought and language, logic, the philosophy of mathematics, and metaphysics have set the terms of some of most fruitful discussions in philosophy. His work on Frege stands unparalleled, both as landmark in the history of philosophy and as a deep reflection on the defining commitments of the analytic school.
This volume of specially composed essays on Dummett's philosophy presents a new perspective on his achievements, and provides a focus for further research fully informed by the Dummett's most recent publications. Collectively the essays in philosophy of mathematics provide the most sustained discussion to date of the role of Dummett's diagnosis of the root of the logico-mathematical paradoxes in his case for an intuitionist revision of classical mathematics. The themes of other essays include a fundamental challenge to Dummett's Fregean understanding of predication, and a criticism of his case for logical revision outside of mathematics.

» Have you read this book? We'd like to know what you think about it - write a review about New Essays on the Philosophy of Michael Dummett book by Johannes L. Brandl and you'll earn 50c in Boomerang Bucks loyalty dollars (you must be a Boomerang Books Account Holder - it's free to sign up and there are great benefits!)


A Preview for this title is currently not available.
More Books By Johannes L. Brandl
View All