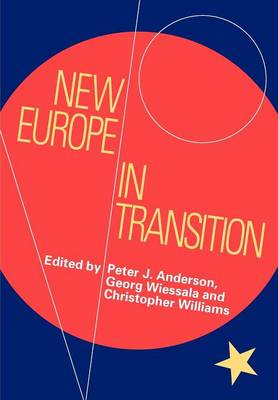 This work takes as its focus a selection of the key political and other (for example cultural, legal, economic and social) questions which currently confront Europe. These questions are addressed on three levels: first at the level of the major institutions which straddle large parts of Europe - NATO, the OSCE and the EU; second from the perspective of a large sample of European countries, including parts of the former Soviet Union; and third with regard to the economic, cultural and social dimensions of European society, both East and West. In addition, each chapter addresses two core themes: the impact of globalization on the European way of life, and the problems of and potential threats to democracy. The authors confront key questions such as how Europe should be defined: discussing for example the understanding of the "common European home" that applies within the former Soviet Union. Above all, they seek to provide a broad-based and question-provoking introduction to the post-millennial politics of Europe.

» Have you read this book? We'd like to know what you think about it - write a review about New Europe in Transition book by Peter Anderson and you'll earn 50c in Boomerang Bucks loyalty dollars (you must be a Boomerang Books Account Holder - it's free to sign up and there are great benefits!)


A Preview for this title is currently not available.
More Books By Peter Anderson
View All