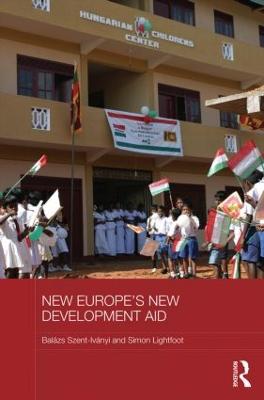 This book examines the international development policies of five East Central European new EU member states, the Czech Republic, Hungary, Poland, Slovakia and Slovenia. These countries turned from being aid recipients to donors after the turn of the millennium in the run-up to EU accession in 2004. The book explains the evolution subsequent to EU accession and current state of foreign aid policies in the region and the reasons why these deviate from many of the internationally agreed best practices in development cooperation. It argues that after the turn of the millennium, a 'Global Consensus' has emerged on how to make foreign aid more effective for development. A comparison between the elements of the Global Consensus and the performance of the five countries reveals that while they have generally implemented little of these recommendations, there are also emerging differences between the countries, with the Czech Republic and Slovenia clearly aspiring to become globally responsible donors. Building on the literatures on foreign policy analysis, international socialization and interest group influence, the book develops a model of foreign aid policy making in order to explain the general reluctance of the five countries in implementing international best practices, and also the differences in their relative performance. » Have you read this book? We'd like to know what you think about it - write a review about New Europe's New Development Aid book by Balazs Szent-Ivanyi and you'll earn 50c in Boomerang Bucks loyalty dollars (you must be a Boomerang Books Account Holder - it's free to sign up and there are great benefits!)

Balazs Szent-Ivanyi holds a lecturer position at Aston University in Birmingham, and is also an Associate Professor at Corvinus University, Budapest. Simon Lightfoot is a senior lecturer in European Politics at the University of Leeds, UK