The Middle East - from North Africa and Moorish Spain, through Turkey, Lebanon, Syria and Jordan to Iran and the Arabian Peninsula - has long had a vibrant tradition of home-style vegetarian cuisine - from their abundant fresh salads, dips and breads to a diverse collection of delicious and hearty main meals. Based on the freshest ingredients and cooked from the heart, Greg and Lucy Malouf's recipes are designed for sharing and enjoying in company. Their approach to vegetarian food comes from their love of traditional Middle Eastern flavour combinations and the importance of colour and texture. The recipes are new interpretations of Middle Eastern Food, inspired by the spirit of generosity and sharing that characterises the region. Think Glazed apple-raisin fritters, zucchini blossom and preserved lemon risotto with ricotta and parmesan or Griddled broccolini with almonds and harissa butter. With sections dedicated to butters and preserves, cooked vegetable dishes, dips and spreads, pickles and relishes, pastries, pastas, salads, grains and legumes - this is a beautiful cookbook for anyone wanting to take vegetarian cuisine to new, flavoursome heights. Full of stunning photography of food and scenery, New Feast offers a rich and diverse compendium of recipes in a beautiful, cloth-bound package. » Have you read this book? We'd like to know what you think about it - write a review about New Feast book by Lucy Malouf and you'll earn 50c in Boomerang Bucks loyalty dollars (you must be a Boomerang Books Account Holder - it's free to sign up and there are great benefits!)

Lucy Malouf is a food writer and editor. Together with her former husband, Greg Malouf, she is the co-author of Arabesque, Moorish, Saha, Turquoise, Saraban and Malouf: New Middle Eastern Food. Her writing has appeared in compendiums of the best Australian food writing and she also contributes regularly to Australian and International newspapers, journals and magazines. In addition to her own projects, Lucy has collaborated with some of Australia's best known chefs on their recipe books and is regarded as one of the most experienced food editors in the publishing industry. Lucy and her husband George, live in a converted Kentish barn in the UK. Acclaimed as the master of modern Middle Eastern cooking, Greg Malouf has transformed the Australian restaurant scene with his innovative food. Greg's reputation as the creator of a new style of cooking known as 'Modern Middle Eastern' - which has changed forever the perception of Middle Eastern food in the West - reaches far beyond his native Australia. Along with writing partner Lucy Malouf, Greg has produced six beautiful and award-winning books on different cuisines, the latest being Malouf: New Middle Eastern Food, to continued acclaim. In 2011, he was honoured as Ambassador by The American University in Beirut for his achievements in promoting Lebanese cuisine around the world. In 2012 Greg left the award-winning MoMo restaurant in Melbourne, Australia, to take over the reins at the iconic Petersham Nurseries Cafe in Richmond, UK. His Middle Eastern take on seasonal dining earned the restaurant a Michelin star. Greg is now based in Dubai, where he is opening a multi-million dollar modern Middle Eastern restaurant in May 2014. 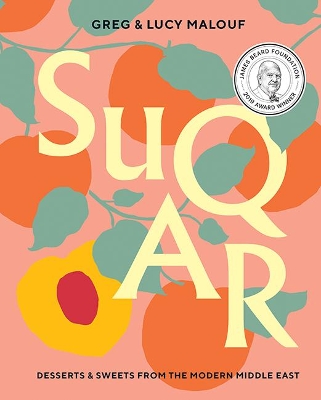