Introducing the Hueys - a fabulously quirky group of characters in a hilarious new series from internationally bestselling, award-winning author/illustrator, Oliver Jeffers, creator of How to Catch a Star and Lost and Found.
The thing about the Hueys is that they are all the same. They all look the same, think the same and do the same things. Until one day, Rupert knits himself a new jumper...

How will the other Hueys react?

A hilarious story about individuality.

Other Editions - The New Jumper by Oliver Jeffers 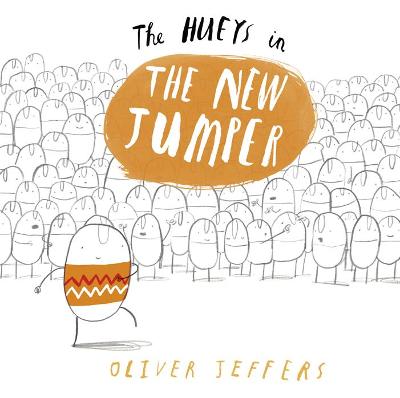 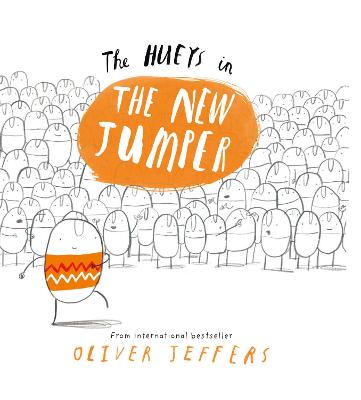 » Have you read this book? We'd like to know what you think about it - write a review about New Jumper book by Oliver Jeffers and you'll earn 50c in Boomerang Bucks loyalty dollars (you must be a Boomerang Books Account Holder - it's free to sign up and there are great benefits!)

The Hueys in the new Jumper is allot of fun and a very quirky and silly story.

They Hueys are a group of little creature's who remind my of the lemmings. They are look very similar, until one day one the Hueys decide that he will wear a new jumper to be a little bit different and stand out from the crowd.

Overall a fun story, very much about being unique and different. There is allot to like about the story and the ending is very amusing. The illustrations are quite simple, black and white sketches, but they are quite eye catching.

Oliver Jeffers graduated from The University of Ulster in 2001 with First Class honours. His outstanding talent has been recognised by several high-profile awards, including the Nestle Children's Book Prize Gold Award. `Lost and Found' animation was broadcast on Channel 4. Oliver lives and works in Brookyln, New York.