Description - The "New Man" in Radical Right Ideology and Practice, 1919-45 by Jorge Dagnino

Bringing together an expert group of established and emerging scholars, this book analyses the pervasive myth of the 'new man' in various fascist movements and far-right regimes between 1919 and 1945. Through a series of ground-breaking case studies focusing on countries in Europe, but with additional chapters on Argentina, Brazil and Japan, The "New Man" in Radical Right Ideology and Practice, 1919-45 argues that what many national forms of far-right politics understood at the time as a so-called 'anthropological revolution' is essential to understanding this ideology's bio-political, often revolutionary dynamics. It explores how these movements promoted the creation of a new, ideal human, what this ideal looked like and what this things tell us about fascism's emergence in the 20th century.

The years after World War One saw the rise of regimes and movements professing totalitarian aims. In the case of revolutionary, radical-right movements, these totalising goals extended to changing the very nature of humanity through modern science, propaganda and conquest. At its most extreme, one of the key aims of fascism - the most extreme manifestation of radical right politics between the wars - was to create a 'new man'. Naturally, this manifested itself in different ways in varying national contexts and this volume explores these manifestations in order to better comprehend early 20th-century fascism both within national boundaries and in a broader, transnational context.

Other Editions - The "New Man" in Radical Right Ideology and Practice, 1919-45 by Jorge Dagnino 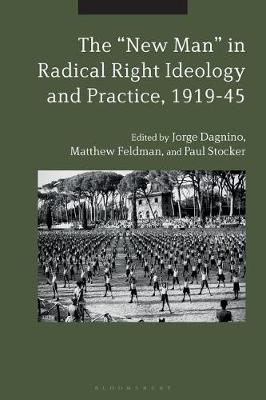 » Have you read this book? We'd like to know what you think about it - write a review about "New Man" in Radical Right Ideology and Practice, 1919-45 book by Jorge Dagnino and you'll earn 50c in Boomerang Bucks loyalty dollars (you must be a Boomerang Books Account Holder - it's free to sign up and there are great benefits!)

Jorge Dagnino is Assistant Professor in Modern European History at the Universidad de los Andes, Chile. Matthew Feldman is Professor in the History of Modern Ideas at Teesside University, UK, and co-director of the Centre for Fascist, Anti-fascist and Post-fascist Studies. Paul Stocker recently submitted his PhD thesis at Teesside University, UK. He is currently Lecturer at Richmond, the American International University in London, UK.