I stuck my finger under the edge of the paper and jerked it under the tape. 'Shoot,' I muttered when the paper sliced my finger. A single drop of blood oozed from the tiny cut. It all happened very quickly then. 'No!' Edward roared ... Dazed and disorientated, I looked up from the bright red blood pulsing out of my arm - and into the fevered eyes of the six suddenly ravenous vampires.For Bella Swan, there is one thing more important than life itself: Edward Cullen. But being in love with a vampire is more dangerous than Bella ever could have imagined. Edward has already rescued Bella from the clutches of an evil vampire but now, as their daring relationship threatens all that is near and dear to them, they realise their troubles may just be beginning ... 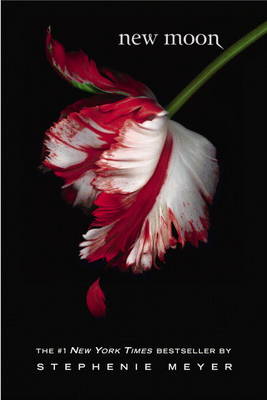 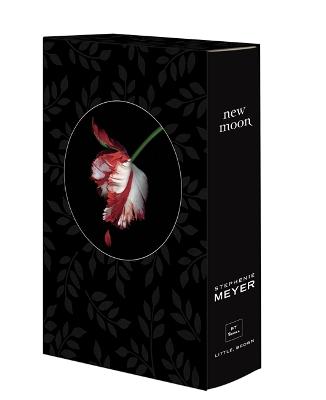 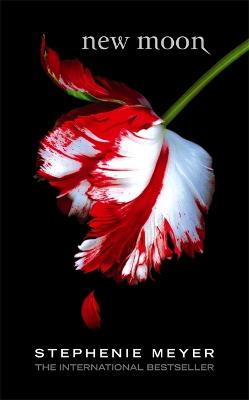 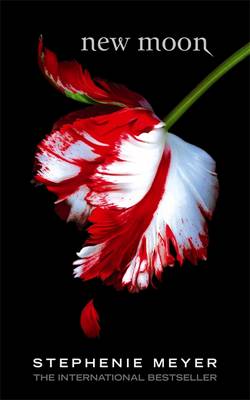 New Moon, Bella Swan, KRISTEN STEWART, is distressed when her vampire lover, Edward Cullen, ROBERT PATTINSON, leaves Forks just after her 18th birthday, without turning her into a vampire, as she desires. Although she gets closer to childhood friend Jacob Black, TAYLOR LAUTNER, as a result, she discovers that she can see visions of Edward when she does something dangerous, like ride a motor-bike or dive off a cliff. Jacob, meanwhile, has a secret of his own.

Because ROBERT PATTINSON'S lethargic Edward is out of the picture for much of the time, the romance takes a back seat (Taylor Lautner is no substitute) and it's left to the excellent KRISTEN STEWART to carry the drama, which she does as best she can. But the pacing is sluggish, the film lacks both suspense and romance, and the climax, which is set in Tuscany, with Michael Sheen acting like Tony Blair on steroids and a weird-looking Dakota Fanning just standing by, is pitifully weak.

» Have you read this book? We'd like to know what you think about it - write a review about New Moon book by Stephenie Meyer and you'll earn 50c in Boomerang Bucks loyalty dollars (you must be a Boomerang Books Account Holder - it's free to sign up and there are great benefits!)

Stephenie Meyer is a 30-year-old mother of three children based in Arizona. TWILIGHT was her first novel.