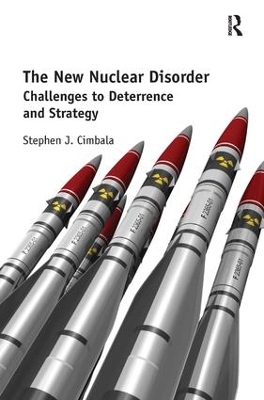 Challenges to Deterrence and Strategy

In the twenty-first century, the United States confronts an international system of great complexity and shifting security challenges. Among these challenges are those posed by nuclear weapons. Instead of becoming obsolete or being marginalized by the end of the Cold War and the demise of the Soviet Union, nuclear weapons have become more important to present and future international stability and peace but the relationship is paradoxical. On one hand, the spread of nuclear weapons to additional states with unsettled grievances or hegemonic ambitions threatens to destabilize local balances of power and set off regional arms races. In addition, the possible acquisition by terrorists of nuclear weapons or fissile materials creates a threat that may be 'beyond deterrence' according to hitherto accepted concepts. On the other hand, nuclear weapons in the hands of other states can contribute to stable deterrence and help to prevent nuclear proliferation to international miscreants. Certain cases loom large in the short run that highlight this book's relevance, including the possible acquisition and deployment of nuclear weapons by Iran and the continuing tensions created by North Korea's nuclear arsenal. The Obama 'pivot' of national security and defense emphasis to Asia reflects not only the growing economic importance of that region, but also the growing number of security dilemmas in a region that is already awash in nuclear forces. The management of nuclear crises and even the possible need to terminate nuclear wars before they expand beyond a single region are among the possible challenges facing future U.S. and allied policy makers and military leaders.

Other Editions - The New Nuclear Disorder by Stephen J. Cimbala 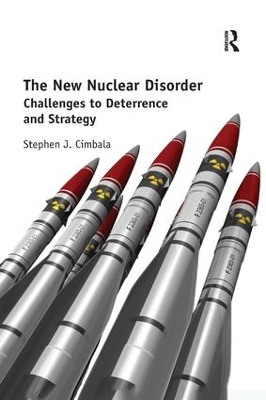 » Have you read this book? We'd like to know what you think about it - write a review about New Nuclear Disorder book by Stephen J. Cimbala and you'll earn 50c in Boomerang Bucks loyalty dollars (you must be a Boomerang Books Account Holder - it's free to sign up and there are great benefits!)

Stephen J. Cimbala is Distinguished Professor of Political Science at Penn State Brandywine. Dr Cimbala is an award winning Penn State teacher and the author of numerous works in the fields of national security studies, nuclear arms control and other topics.