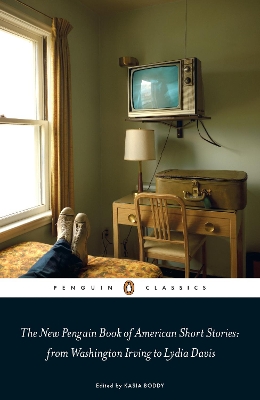 » Have you read this book? We'd like to know what you think about it - write a review about New Penguin Book of American Short Stories, from Washington Irving to Lydia Davis book by Kasia Boddy and you'll earn 50c in Boomerang Bucks loyalty dollars (you must be a Boomerang Books Account Holder - it's free to sign up and there are great benefits!)

Kasia Boddy teaches in the English Department at University College London. She has published widely on American topics and her books include Boxing: A Cultural History (2008) and The American Short Story Since 1950 (2010). She has also co-edited several other anthologies, most recently, Let's Call the Whole Thing Off: Love Quarrels from Anton Chekhov to ZZ Packer (2009) from Penguin Classics.

A Preview for this title is currently not available.
More Books By Kasia Boddy
View All