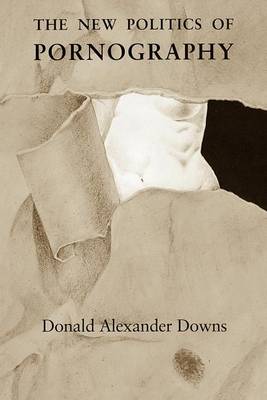 The New Politics of Pornography

Description - The New Politics of Pornography by Donald Alexander Downs

Fresh empirical evidence of pornography's negative effects and the resurgence of feminist and conservative critiques have caused local, state, and federal officials to reassess the pornography issue. In The New Politics of Pornography, Donald Alexander Downs explores the contemporary antipornography movement and addresses difficult questions about the limits of free speech. Drawing on official transcripts and extensive interviews, Downs recreates and analyzes landmark cases in Minneapolis and Indianapolis. He argues persuasively that both conservative and liberal camps are often characterized by extreme intolerance which hampers open policy debate and may ultimately threaten our modern doctrine of free speech. Downs concludes with a balanced and nuanced discussion of what First Amendment protections pornography should be afforded. This provocative and interdisciplinary work will interest students of political science, women's studies, civil liberties, and constitutional law.

» Have you read this book? We'd like to know what you think about it - write a review about New Politics of Pornography book by Donald Alexander Downs and you'll earn 50c in Boomerang Bucks loyalty dollars (you must be a Boomerang Books Account Holder - it's free to sign up and there are great benefits!)

Donald Alexander Downs is associate professor of political science at the University of Wisconsin at Madison. He is the author of "Nazis in Skokie: Freedom, Community, and the First Amendment."

A Preview for this title is currently not available.
More Books By Donald Alexander Downs
View All

The Value and Limits of Academic Speech: Philosophical, Political, and Legal Perspectives
$70.19 $77.99