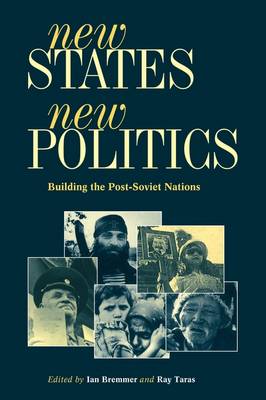 Since first publication in 1993, Nations and Politics in the Soviet Successor-States edited by Ian Bremmer and Ray Taras has established itself internationally as the first genuinely comprehensive, systematic and rigorous analysis of the nation- and state-building processes of the fifteen new states which grew out of the 1991 collapse of the Soviet Union. New States, New Politics: Building the Post-Soviet Nations succeeds and replaces the editors' earlier book with a new collection of specially commissioned studies from the world's foremost specialists. Far from eradicating tensions among the former Soviet peoples, the disintegration of empire has seen national minorities rediscovering long-suppressed new identities. The contributors to New States, New Politics once again bring together historical and ethnic background with penetrating political analysis to offer a fresh, up-to-date and unique record of the different roads to self-assertion and independence being pursued by these young nations.

» Have you read this book? We'd like to know what you think about it - write a review about New States, New Politics book by Ian Bremmer and you'll earn 50c in Boomerang Bucks loyalty dollars (you must be a Boomerang Books Account Holder - it's free to sign up and there are great benefits!)


A Preview for this title is currently not available.
More Books By Ian Bremmer
View All