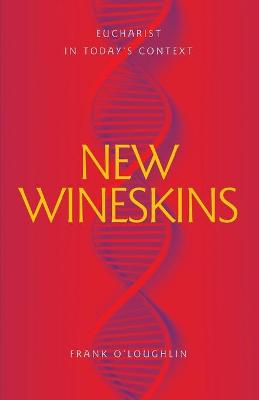 Different times and different cultures have influenced the ways in which the Eucharist has been celebrated and understood; and the action received from the Lord to be done in his memory has shown different aspects of its deeper reality in these differing human situations.

We now live in times in which belief in God is no longer taken for granted and in which there are many different approaches to life and its meaning. This has its influence on those who believe in Christ as well as those who do not.

This new situation invites us to present our faith in Christ differently, calling us to offer a presentation of the Eucharist that can begin on common ground with our contemporaries and in language that believers today may find inviting and meaningful.

As a means of achieving this, the Frank O'Loughlin suggests that we look again at the basic things we use as signs in the Eucharist. These are things we have in common with other human beings: bread, wine, water, symbolic actions and our own bodies.

These things are taken into our celebration of the Eucharist and are used as signs that take us beyond themselves into the depths of the Eucharist, that is into its very mystery.

The author also points out the human grounding of those things indicated by words we use in speaking about the Eucharist: memory, presence and sacrifice.

We are dealing with everyday, human things that take us beyond the ordinary from which they come, into the mystery of God among us in Christ which we celebrate when we gather for Eucharist.

» Have you read this book? We'd like to know what you think about it - write a review about New Wineskins: Eucharist in Today's Context book by Frank O'Loughlin and you'll earn 50c in Boomerang Bucks loyalty dollars (you must be a Boomerang Books Account Holder - it's free to sign up and there are great benefits!)


A Preview for this title is currently not available.
More Books By Frank O'Loughlin
View All