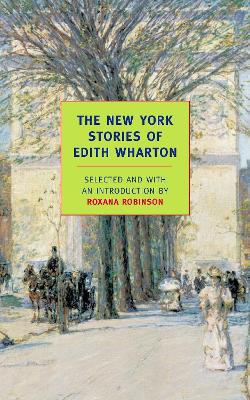 It was in New York City that Edith Wharton's literary and cultural sensibility was formed. The regular rows of somber brownstones, the inexorable codes of behavior, the solid layers of bullion on which the elegant social structure stood, all played a crucial part in the awakening of Edith Wharton's mind. Though she moved in 1911 to France, where she spent the rest of her life, New York continued to figure for Wharton as a fixed point of reference - the North Star on the firmament of her imagination - even as, over the years, her views of the city changed. In her early work the city was stultifying and confining, rigid and materialistic. Later, it took on a certain nobility as a place supported and dignified by its own curious codes of honor. This original collection, the first to focus on Wharton's relation to her native New York, shows the arc of Wharton's own response to the city that shaped her view of the world.A partial list of the stories to be included-- The Rembrandt- The Dilettante- The Other Two- His Father's Son- Roman Fever-The Long Run- Autres Temps...- After Holbein

» Have you read this book? We'd like to know what you think about it - write a review about New York Stories Of Edith Whart book by Edith Wharton and you'll earn 50c in Boomerang Bucks loyalty dollars (you must be a Boomerang Books Account Holder - it's free to sign up and there are great benefits!)

Edith Wharton (1862-1937) was born in New York City. Her father, George Jones, was a relative of the Joneses that fashionable people proverbially strive to keep up with; her mother, Lucretia Rhinelander, came from one of the city's oldest families. Raised in New York and in Europe, Edith Jones was twenty-three when she married Edward Robbins Wharton (known as Teddy). In 1902 they built themselves a forty-two-room house, The Mount, in Lenox, Massachusetts, but Teddy's mental instability and financial irregularities led to a divorce in 1913, after which Edith moved to France, where she lived for the rest of her life. During the First World War, Wharton threw herself into war relief, traveling to the front lines and founding a charity for refugees, in recognition of which she was made a Chevalier of the Legion of Honor in 1916. Wharton published her first book, a collection of poems, in her teens and in 1897 achieved popular success as co-author of The Decoration of Houses, a treatise on aesthetics and interior design. Her first volume of short stories, The Greater Inclination, came out in 1899. Among the most famous of her many novels are The House of Mirth (1905), Ethan Frome (1912), The Custom of the Country (1913), and The Age of Innocence (1920), for which she received the Pulitzer Prize in 1921, the first woman to do so. Roxana Robinson is the author of a biography of Georgia O'Keeffe and of six books of fiction, including the novel Sweetwater and the story collection A Perfect Stranger. She is a Guggenheim Fellow and lives in New York City.