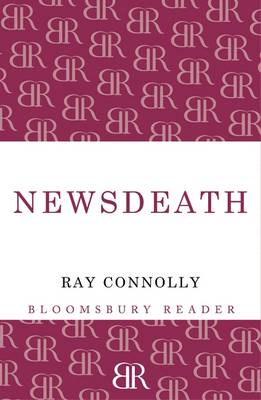 The campaign of terror in London begins with a televised death-threat and climaxes in a spectacular, on-the-air takeover of capital radio. One man has been following the terrorists from the beginning. John Huckleston, one of their first victims, is also a top reporter after a hot story - and a lonely man, more than half in love with their seductive, ruthless woman leader. He will be with them at the death...

» Have you read this book? We'd like to know what you think about it - write a review about Newsdeath book by Ray Connolly and you'll earn 50c in Boomerang Bucks loyalty dollars (you must be a Boomerang Books Account Holder - it's free to sign up and there are great benefits!)