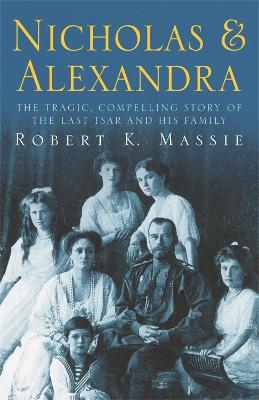 Nicholas & Alexandra is the internationally famous biography from Pulitzer prize-winner Robert Massie. Massie shows conclusively how the personal curse of the young heir's haemophilia, and the decisive influence it brought Rasputin, became fatally linked with the collapse of Imperial Russia. As an engrossing account of one of the century's most dramatic episodes ' and an intimate portrait of two people caught at the centre of a maelstrom ' Nicholas & Alexandra is unlikely ever to be surpassed.'The story of the last Tsar has probably never been so powerfully ' and so accurately ' told' Guardian

» Have you read this book? We'd like to know what you think about it - write a review about Nicholas & Alexandra book by Robert K. Massie and you'll earn 50c in Boomerang Bucks loyalty dollars (you must be a Boomerang Books Account Holder - it's free to sign up and there are great benefits!)

Robert K Massie was born in Lexington, Kentucky in 1929. He studied American History at Yale University and Modern European History at Oxford University, which he attended as a Rhodes scholar. He lives in Irvington, New York.