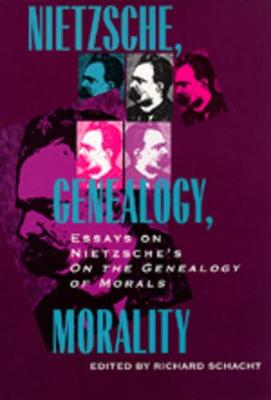 Essays on Nietzsche's On the Genealogy of Morals

Written at the height of the philosopher's intellectual powers, Friedrich Nietzsche's On the Genealogy of Morals has become one of the key texts of recent Western philosophy. Its essayistic style affords a unique opportunity to observe many of Nietzsche's persisting concerns coming together in an illuminating constellation. A profound influence on psychoanalysis, antihistoricism, and poststructuralism and an abiding challenge to ethical theory, Nietzsche's book addresses many of the major philosophical problems and possibilities of modernity.

In this unique collection focusing on the Genealogy, twenty-five notable philosophers offer diverse discussions of the book's central themes and concepts. They explore such notions as ressentiment, asceticism, "slave" and "master" moralities, and what Nietzsche calls "genealogy" and its relation to other forms of inquiry in his work. The book presents a cross section of contemporary Nietzsche scholarship and philosophical investigation that is certain to interest philosophers, intellectual and cultural historians, and anyone concerned with one of the master thinkers of the modern age.

» Have you read this book? We'd like to know what you think about it - write a review about Nietzsche, Genealogy, Morality book by Richard Schacht and you'll earn 50c in Boomerang Bucks loyalty dollars (you must be a Boomerang Books Account Holder - it's free to sign up and there are great benefits!)

Richard Schacht is Professor of Philosophy and Jubilee Professor of Liberal Arts and Sciences at the University of Illinois at Urbana-Champaign. His most recent books are Nietzsche: Selections (1993) and Making Sense of Nietzsche (1994).

A Preview for this title is currently not available.
More Books By Richard Schacht
View All